Soap opera fans love their favorite shows mostly due to the romance and love stories that unravel, but what happens when two fellas find a connection together in a nonsexual way? A bonefide bromance, that’s what happens! While the term ‘bromance’ seems to have reached a fever pitch popularity in today’s pop culture, men having been bonding with other men for years on soaps. Below is a list of seven of the best soap opera bromances:

Could one really call this a bromance? They weren’t related by blood, but General Hospital’s (GH) Sonny did take a young Stone under his wing and treated him much like a little brother or even a son. Watching Sonny support Stone (and Robin) during Cates’ final days battling AIDS was an endearing thing. Sure, the mobster was ruthless, but when it came to those he cared about he had a heart of gold. He even ended up paying for Stone’s hospital bills. With illegal money, of course, but still.

These two were bromancing it up in the 1980s on GH before bromancing it up was even a thing. In fact, Luke and Robert were so close, they were able to bring down Mikkos Cassadine’s plan to take over the world via a freezing contraption. Remember this was the ‘80s, so soap opera hair, shoulder pads, and storylines were big and outrageous back then.

There really was no crime that Roman and Abe couldn’t solve in Salem in the 1980s and well into the 1990s. This Days of Our Lives’ (DOOL) bromance spans over three decades and is still going strong today. There was that awkward five years in the relationship when Abe was BFFs with John Black, who everyone thought was Roman. One would think that Abe would be able to tell that something was off with Roman during that time period, but if Marlena couldn’t see anything different, then who can really blame Abe?

In 2015 when Marco Annicelli was parading around as the Young and the Restless’ (Y&R) Jack Abbott the only person who did figure out that Jack wasn’t Jack was Adam. True testimony of this solid bromance, since even partner Phyllis didn’t notice anything weird. While Jack and Adam initially bonded over their hate of Victor Newman, these two men shared a nice bromance over the years. Sometimes it included plotting, there were also times there was a little love-hate going on, but at the end of the day, these two were friends through and through.

When GH’s Luke ended up leaving Port Charles, surprisingly enough old friends and WSB agent Sean Donely strolled into town shortly after. Robert and Sean engaged in super spy adventures in the past and literally picked up where they left off when Donely arrived. The two knew each other very well, fought for justice together and was the ying to the other’s yang. There was even a point in time when the two men dated Tiffany Hill and Cheryl Stansbury…two sisters. Nothing screams trying to keep that bromance alive like double-dating with two siblings.

The typical recipe for romance begins when two soap opera characters share an attraction, but initially don’t get along. This mirrors the bromance between Bo and Steve. While they clearly weren’t attracted to each other, they weren’t exactly BFFs from the get go. In fact, Bo is the reason Steve dons that patch on his eye. These two have had a lovely bromance over the years, engaging in crazy adventures which left many DOOL fans in awe.

At this point in time these two are more like brothers than friends with their bromance spanning over two decades. When Jason Quartermaine walked away from his rich and powerful family in 1995 due to memory-loss issues, Sonny took him in with open arms. Jason became his mob sidekick, but he since has become so much more to Corinthos than one would imagine. They have had their ups and downs over the years, but at the end of the day, they also have each other’s backs. Always. 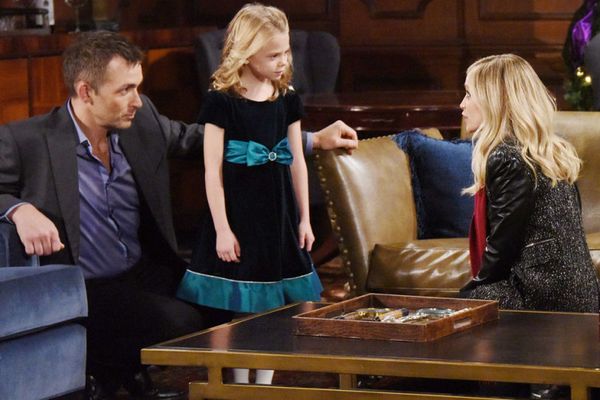