Betrayals can come in many forms. They can unfold as affairs, manipulations or even promises that were broken. In the land of soap operas, betrayals occur all the time, almost on a weekly basis – and they can turn an average storyline into a remarkable one. What makes a betrayal so intriguing, is that it can cause a lot of drama and more often than not, those betrayed are often hurt by someone that is closest to them. Below is a top eight list of the soap world’s biggest betrayals.

8. A Mother Steals A Boyfriend – Days of Our Lives

Having your boyfriend cheat on you can be devastating. Having your boyfriend cheat on you with your mom is simply unforgivable. Days of Our Lives’ (DOOL) Eve Donovan never really approved of J.J. Deveraux for her daughter Paige and worked hard to try and rip these two love birds apart. Not only was J.J. once a drug dealer, he also happened to be the son of her mortal enemy in Salem, Jennifer Deveraux. While Eve did everything she could to break these two up, nothing seemed to work for this single mom and she was at her wits end. Still, that didn’t stop her from jumping into the sack with a much younger J.J. The good news was the affair did succeed in breaking up J.J. and Paige, but it also put a major dent in her mother-daughter relationship with her youngest child.

Fans of General Hospital (GH) were shocked in 2012 when A.J. Quartermaine (literally) returned from the dead. While it made for an interesting storyline, the most tender part of the entire angle was watching Michael and his bio dad reunite and bond. Not everyone was pleased with this reunion, including, Port Charles main mob boss Sonny Corinthos and the man who raised Michael. Sonny put up with A.J. and his antics until 2014. Thinking A.J. was the person who shot his love, Connie Falconeri (the real shooter was Ava Jerome), Sonny shot A.J. to avenge her death. Losing his biological father once again was hard for Michael; however, the young man was even more devastated to learn it was Sonny who shot A.J.

6. The Newman/Abbott Baby Swap – The Young and the Restless

Adam Newman betrayed many in 2009. Not only was he working hard to garner revenge on Victor, he was manipulating lawyer friend Rafe, trying to get Ashley to fly off the deep end and wreaking havoc all around The Young and the Restless (Y&R). Perhaps the betrayal highlight that year from Adam, was when he stole Sharon’s baby (who was his friend at the time), and gave it to Ashley (who was also his friend at the time). In an effort to drive Ashley crazy, Adam caused her to miscarry. However, he somehow convinced her she was still pregnant. Adam went to great lengthens when it came to this con, and at the end of the day, when the opportunity arose, he snatched Sharon’s baby and gave it to Ashley. This not only was a huge betrayal to Ashley (as she eventually had to give the Baby Faith), but also Sharon.

5. Baby Belle Almost Gets Sold On The Black Market – Days of Our Lives

Speaking of babies, Sami and Belle are currently as close as two sisters can be…but that wasn’t always the case. Digging into the DOOL vault, there was a time, when all Sami wanted to do was forget Belle was ever conceived. That’s because, a teenage Sami caught her mother (who was then married to her father Roman) having an affair with John Black. When Sami learned that the baby Marlena was carrying was indeed John’s, she tried to do everything she could to erase the child from her family tree which included trying to sell little Belle on the black market. Sami clearly had some issues back then. Thankfully, John saved the day (and Belle), and in the end, everything worked out.

The honeymoon is clearly over for Julexis as this GH super couple is currently embroiled in a huge storyline of betrayal right now. When the duo decided to move their relationship to the next level, Julian had promised Alexis that he would leave his mob ways behind. However, it seemed that no matter how much he tried to pull himself out, the mob just kept pulling him right back in. Sadly, this broken promise has not only become a huge betrayal against Alexis and their marriage vows, Julian has sucked Alexis into his mob drama – and she has felt the legal repercussions of her husband’s mob ways. Can Julexis not only survive their current battles with law, but also get back on track with their relationship? Only time will tell…

3. Billy Shacks Up With Jack’s Wife – The Young and the Restless

Jack has had many a love affair in his day however, no one has been able to steal his heart quite like Phyllis. He loves her, he’s always been in love with her, and seems simply over-the-moon since they got married. Which means that sh-t is sure to hit the fan, once he finds out that his baby brother Billy is currently having an affair with the woman he affectionately refers to as Red. This isn’t the first time Phyllis has cheated on Jack, however, as much as an affair hurts, learning she has had an affair with someone in the Abbott Family is really going to sting.

2. Victor Gets Victoria Arrested On Her Wedding Day – The Young and the Restless

Victor doesn’t like the Abbotts; moreover, he has a huge disdain for both Billy and Jack. So, it is no surprise just how hard he has worked over the years to keep Billy and his daughter Victoria apart. So much so that he tried to stop their 2010 wedding from happening by having Victoria arrested. Sadly, this stunt did not stop the two from getting hitched; however, it put a huge damper on the wedding and reception for that matter. What should’ve been a romantic honeymoon night ended being jail time for Vicki.

It’s hard to believe that current besties Lulu and Maxie were once embroiled in an epic child custody battled that rocked Port Charles. When Lulu and Dante learned they could not carry a child full term, BFF Maxie saved the day and became a surrogate. Sadly, Maxie suffered a miscarriage early on in the pregnancy. Maxie tried to rectify things by heading over to the couple’s doctor (secretly) to see if she could be implanted with another embryo. Great idea except that was impossible because Maxie was already pregnant conceiving a child with Spinelli after a New Year’s one-night stand. Instead of telling her friends the truth, Maxie proceeded with the pregnancy, gave birth to a baby girl and handed her over to Lulu and Dante. The couple bonded with the little baby girl and they were heartbroken when Maxie’s betrayal was revealed, many months later at the child’s baptism. 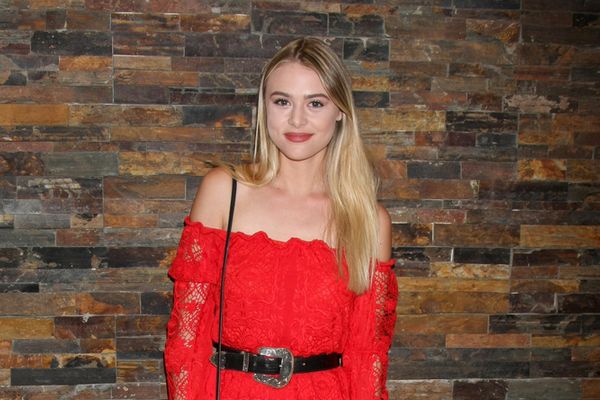