Remember that old saying, ‘two’s company and three’s a crowd’? This statement was made for soap opera love triangles. Watching super couples fall in love is great; however, there is nothing like adding another person into the mix to create some drama. There have been some epic three’s a crowd storylines over the years in daytime, and below are nine of the best soap opera love triangles.

This is a love triangle that Days of Our Lives (DOOL) fans have feverishly watched as of late. Brady and Nicole have turned their friendship into coupledom, but Nicole and Eric’s feelings for each other have been lingering for years now. The two have simply had bad timing when it comes to romance and this recent situation is no different. Sure, they declared their love for each other, but Brady doesn’t seem to want to let go. The drama around this recent love triangle, adding in the fact that Brady and Eric are brothers, has been incredible!

There is just something about love triangles that involve family members! Young and the Restless’ (Y&R) Brad Carlton was always considered a ladies’ man. He proved himself to be just that when he decided to flirt with his ex-wife’s sister, Ashley Abbott. The goal was simply to make Traci jealous, but the act itself spurred up feelings between Ashley and Brad. Traci and Brad would eventually go their separate ways, but a love story between Ash and Brad developed that was pretty awesome in the end.

Sonny Corinthos and Jasper Jax were polar opposites. Jax was a blonde-haired, blue-eyed adventurer, while Sonny was an Italian mobster who always walked on the wrong side of the tracks. In the early 2000s, Brenda Barrett constantly weaved between both men. She loved them both dearly and each respective pairing made a great super couple on General Hospital (GH). Who did she end up choosing? Well, she would engage in relationships with both and eventually leave town in 2003 because she found it so hard to choose between them.

Bo and Hope were DOOL’s ‘it’ couple in the late ‘80s and early ‘90s until Hope was thought to have been dead. Bo moved onto Billie Reed and as the years passed, they made an awesome super couple. When Hope returned from the dead, Bo had a pretty crazy choice to make. Bo gravitated to Hope. Billie would leave town, and the love triangle made for an interesting storyline that fans still reminisce about to this day.

Will the return of Steve Burton reignite this love triangle? Jason Morgan has had two great loves in his life over the years: Sam McCall and Elizabeth Webber. Both couplings made for great romances and even better daytime television. At the end of the day, Jason has always gravitated towards Sam. However, the idea that there may be two Jasons in Port Charles may change this fact. GH fans have always been divided between Team Sam and Team Liz. Will the return of the real Jason Morgan bring up another debate amongst GH audiences?

Right now, Nikki Newman and Jack Abbott have moved their relationship from the friends’ zone into love, but how long will this last? The love triangle between Nikki, Jack, and Victor spans decades. Nikki first turned to Jack years ago to make Victor jealous, but somewhere along the way she developed true feelings for him. Jack is probably the better man for Nikki, but Victor seems like the one who truly owns her heart. It’s only a matter of time before Nikki dumps Jack to shack back up with Victor.

Another soap opera love triangle to live on through the decades is GH’s Laura Webber, Luke Spencer, and Scotty Baldwin. Laura started off with Scotty, but Luke was able to win her away from him in the early ‘80s. While Luke and Laura would move on in history to become soap opera’s first super couple, Scotty would linger around Port Charles with leftover feelings for Laura. The love triangle would re-emerge now and again over the years, but at the end of the day, Laura would always end up with Luke.

Back in the early 1990s, Sami Brady was known for her devious ways. She stirred up trouble between her mom Marlena and John, tried to sell her baby sister Belle on the black market, and was constantly trying to break up the relationship between her sister Carrie and Austin. Sami was successful a few times at doing this, but in the end, Austin ended up with Carrie. The two are still together this very day.

Many had tried to break Nick and Sharon Newman up over the years, but no one was successful – until Phyllis Summers. This Y&R love triangle had many fans reeling decades ago and the animosity between these two women still lingers today. While grieving the loss of daughter Cassie, Nick’s eyes wondered from Sharon to Phyllis. The two ended up having an affair which broke apart Sharon and Nick’s marriage. Over the years these women would continue to fight over his affections. Phyllis did win the initial battle, but Sharon won the war. While she and Nick aren’t together right now, he’s always had a soft spot in his heart for Sharon and the two share a solid friendship nowadays — a friendship that will most likely turn romantic again. It’s only a matter of time. 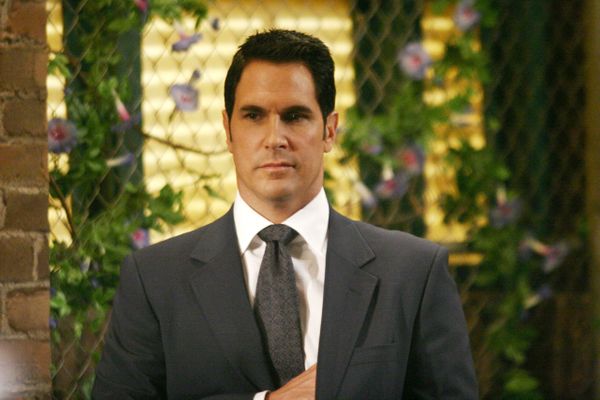