Fans of Teen Mom 2 have been following Jenelle Evans’ turbulent story for nearly seven years now, and they have seen a lot from the young reality star. After many unhealthy relationships, it seems that Jenelle has finally met her match with David Eason, and now that they are expecting a baby and are moving forward with their relationship, fans are seeing more and more of David on the hit show. Here are 9 things you didn’t know about Jenelle and David’s relationship:

In late 2015, Jenelle Evans embarked on yet another relationship following a string of extremely volatile ones with the likes of Kieffer Delp, Gary Head, Courtland Rogers, and Nathan Griffith. Like with Griffith, Evans met David Eason through a dating app, Tinder, which she revealed in interviews and on the show.

Immediately after Jenelle went public with David, there were reports that, like many of her previous boyfriends, there were a lot of red flags. Jenelle has always been quick to jump to David’s defense, and after seeing more and more of him on Teen Mom 2, it truly seems that this is her most stable relationship yet, and he is the most stable man she has been with as well. Also, it seems he is one of the only ones who isn’t trying to live off of Evans’ reality star fame. “He’s a very hard worker, and I love that about him. He doesn’t care about me making money, or how much I get, he still pays his own bills, and he still gives me money for rent and everything, which I’ve never had any boyfriends do!” Jenelle gushed in an interview with People. 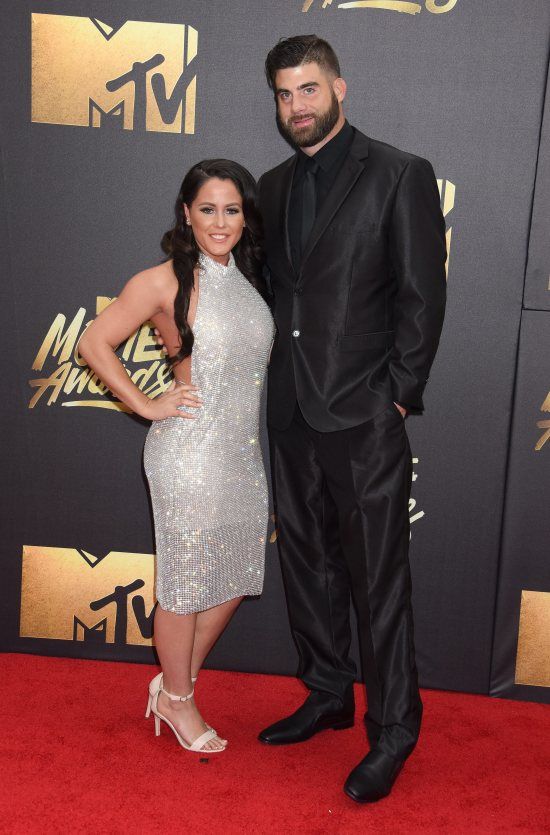 Despite this seemingly being one of the most healthy relationships that Jenelle has been in yet, many can’t look past the similarities in Jenelle and David’s pasts. Like Jenelle, David is also a recovering drug addict and also has a lengthy criminal record which includes possession of drug paraphernalia, breaking and entering, larceny, and he has been arrested more than once for driving while impaired. What is most worrisome, however, is the fact he apparently spent almost four months in jail from 2014-2015 after he was arrested for domestic violence after his ex-girlfriend accused him of choking her. He was eventually found not guilty and was released, but there was an order of protection put in place for his ex. As recently as October 2016, Eason was arrested after he was out in public and saw his young son Kaden, who is also under the protection order, and hugged his son which is not allowed under the order. He was sentenced to 60 days in jail, but planned to appeal.

On August 28, 2016, a visibly pregnant Jenelle attended the 2016 MTV Video Music Awards at Madison Square Garden, but after she posed for pictures with her baby bump and with Eason, Evans didn’t even go inside for the event. As it turns out, while Jenelle had an invite and ticket to the event, David did not. In fact, the Teen Mom 2 star actually got two tickets, one for herself, and one for her mother Barbara, who she attended the VMAs with the year before, but decided to bring David instead, which caused some issues at the door. According to some reports, Jenelle even tried to convince the venue that David was her manager, but her efforts did not work, and the pair had to go back to their hotel to watch the show. 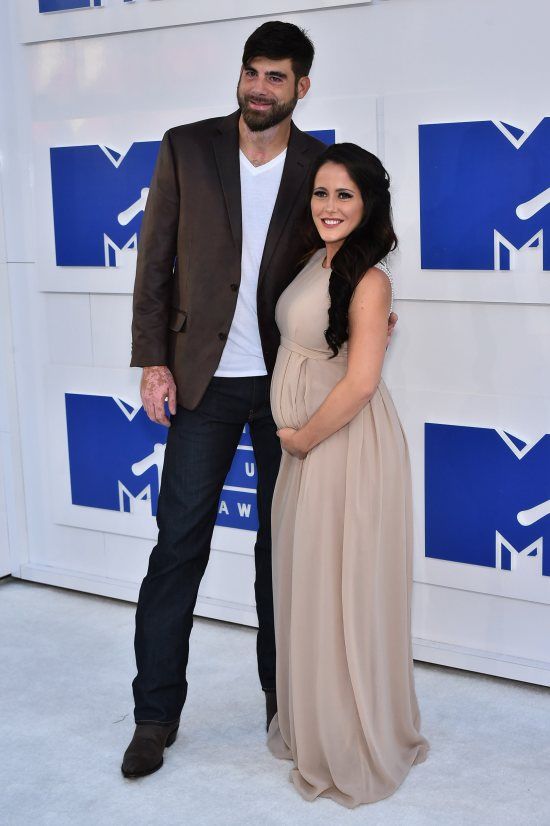 Like many of Jenelle’s relationships, her romance with David has progressed at a rapid rate. Although it took two months of talking for the pair to actually meet up, it seems they have been inseparable since, and after six months of dating, he had already moved in. Luckily, it seems to have only made their relationship stronger and now the pair are even having a house built together! In April of 2016, Jenelle revealed the two were looking for a piece of land, and in late 2016 she posted a picture of their super private plot of land that they were building their house on.

With so many fans of Teen Mom 2 and social media users commenting on Jenelle’s personal life, the star was not quick to reveal that she and David were expecting their first child together. Unfortunately for Jenelle, the news came out anyway after the pair were involved in a minor car accident in which she told police she was 10 weeks pregnant. As to be expected, many immediately left nasty comments about Jenelle having “3 baby daddies.” Jenelle responded in a now deleted post: “I don’t understand what is ‘disappointing’ or ‘sad.’ Why not ask if I’m ok from the car accident?! Why not be concerned about my health?! I want privacy. All of you disgust me. It’s all about gossip these days… Funny someone else comes out with news they are pregnant and the world is overjoyed,” she said, referring to her fellow Teen Mom 2 co-star Chelsea Houska’s pregnancy announcement days before.

More than a month after the police report revealed the big news, Jenelle and David were finally ready to confirm the pregnancy with the world. Both are very excited about the new addition to their family, and shared photos from a professional shoot they had done for the announcement. Along with the photo, Jenelle wrote, “Time to introduce the world to our baby girl soon, Ensley Jolie Eason. She will be arriving Jan. 28th. We couldn’t be any happier!”

Time to introduce the world to our baby girl soon, Ensley Jolie Eason. She will be arriving Jan. 28th. We couldn’t be any happier! @easondavid88 #BabyEnsley

2. Controversy With the Kids

Like Jenelle, David has two kids with two different moms and while he has a good relationship with his 10-year-old daughter Maryssa’s mother, the same cannot be said with the mother of his young son Kaden. While this seemed to bode well as David already has plenty of parenting experience, fans were shocked with some of his treatment towards Jenelle’s sons Jace and Kaiser. In one episode he told Jenelle that Kaiser screams until he gets away, saying he is a “little b–ch” like his father, Nathan. He was then seen yelling at Jace for screaming like a “little girl.” Things only got worse for Eason when he posted a disturbing image of Jenelle’s youngest son Kaiser with his hand down his diaper along with the creepy caption, “Now where’d he learn that? #deeznuts #gotem #almostaman #toobigformybritches #canttouchthis #notashamed #teamkaiser.” After a series of complaints, the photo was only up for about 20 minutes before Instagram removed the post.

In the summer of 2016, Eason once again came under fire from Evans’ social media followers when she posted a picture of the two in a pool together with the caption, “Chillaxin with bae.” Immediately many commented and made fun of Eason for wearing long pants and a long sleeved shirt in the pool until Evans fired right back explaining that Eason has vitiligo, a condition that causes the skin to lose its pigmentation in some spots. After he began appearing regularly on Teen Mom 2, many viewers noticed a large scar on Eason’s throat and Jenelle then tweeted out revealing that David had a complete thyroidectomy and is a “cancer survivor.” He reportedly had to undergo surgery in 2011 to completely remove his thyroid and lymph nodes.