There are many reasons why soap opera fans love their shows: romance, adventure, intrigue, steamy love scenes…just to name a few. Still, it is also those larger-than-life characters that blow up our television screens daily, that keep audiences tuning in weekly and soaps fans grow oh-so attached to these characters, and their families. At the end of the day, while soap characters aren’t defined by those they are related to, their relatives certainly do play a role when it comes to shaping them into the person they are…and there have been many over-the-top families to grace daytime television over the years. Below is a list of seven crazy soap opera dynasties.

What would life be like in Port Charles without the Spencer family? While audiences were introduced to this dysfunctional family (somewhat) in 1977 and 1978 when sister and brother Bobbi and Luke arrived on the scene, fans have learned all about the Spencer’s as the years have worn on. Bobbi, a prostitute turned nurse had some dark years on General Hospital (GH), but has managed to rise above it all. Luke? Well he’s worn so many hats since his character first debuted: from mobster, to bar owner, to super sleuth. Their aunt, Ruby Anderson ran Kelly’s diner for years, and despite their questionable behaviors in the past, the duo managed to build families of their own. Luke shacked up with Laura Webber and turned their love into soap opera super couple status, having two kids, Lucky, and Lulu, where they too have continued the family dynasty by having kids of their own. Luke also managed to have illegitimate son with Holly Sutton, Ethan Lovett. Alas, Bobbi too had some offspring. Carly Corinthos was her first, following in her mom’s footsteps of crazy, always falling for the bad guys, and always up to some questionable antics. Lucas Jones is also Bobbi’s adopted son. Add long-lost niece, Valerie Spencer into the equation, and you have a pretty crazy dynasty in the Spencers. They have built a solid foundation in Port Charles, and as it seems, aren’t going anywhere, anytime soon.

The Brady clan took Salem by storm in the early ‘80s, and has been at the center of storylines for the soap since. At the head of the family was Shawn and Caroline Brady, the A-typical, hard-working, lower-middle class parents, just trying to raise their four beautiful children. Having two boys (Roman and Bo) and two girls (Kimberly and Kayla), their offspring would dominate the super couple world of soaps and have some incredible romances…and build families of their own. In fact, the Brady’s were so full of love, they also ended up adopting Max and Frankie in the mid-to-late-80s. As such, Shawn and Caroline built an incredible family legacy on Days of Our Lives (DOOL), with six kids to count for, thirteen grandchildren, six great-grandchildren, and even one great-great-granddaughter! What makes this seemingly normal family so crazy? Affairs, in-family feuding, their feud with the DiMeras, questionable paternity rights, and Caroline’s creepy premonitions.

5. The Abbotts – The Young and the Restless

In the early ‘80s, the Abbotts arrived onto the Young and the Restless (Y&R) scene, and things have simply never been the same on the soap. The family’s patriarch, John Abbott, built a legacy in Jabot Cosmetics, but nothing meant more to the man then his family. As the father of Jack, Traci, Billy, and Ashley (although not biologically), when John passed on in 2006, he may have been gone, but not forgotten; and this was also thanks to regularly ghostly visits to his children, and other loved ones. Sadly, over the years, there has been family feuding (over who should lead Jabot), not to mention a bitter rivalry with the Newmans, affairs, wife-stealing, and boyfriend sharing (thanks to Brad Carlton). Still, at the end of the day, this family has always band together, when one member needs it the most.

Port Charles and the Spencer family have never seen a force much like the Cassidine family. Arriving in the early ‘80s to execute a plan to freeze the world (let’s remember folks, it was the ‘80s), when Luke, Laura, and Robert Scorpio foiled this plan, and killed patriarch Mikkos, his wife Helena vowed revenge. Sadly, the crazy did not end there. Over thirty years later, Helena still haunts the Spencers, even in death. Helena has a crime resume that goes on and on with half the crimes pointing at the Spencers, and the other half at her own family. While her niece Alexis seems quite normal, her grandson Nikolas walks a fine line between good and evil. Her son Stefan fought to stay sane, and her other son Stavros tried to freeze Lulu and have a baby with her…so there’s no need to go any further there. However, while the immediate Cassadine family members are presumably dead, the family dynasty lives on in Port Charles today. There is Nikolas, and his son Spencer, as well as Alexis, Sam, Kristina, Molly, and of course, little Danny.

3. The Newmans – The Young and the Restless

The interesting thing about Y&R’s Newman brood, is that fans have literally been able to see the family grow, right from the beginning, right before their very eyes. From Victor and Nikki’s infamous love affair in the ‘80s, to watching their children be born, with affairs and separate relationships bring in other illegitimate Newman children on the scene. Perhaps fans feel so attached to this family because they have witnessed the legacy being built first hand. However, over the years, there has also been a whole lot of crazy when it comes to the Newmans. There has been backstabbing for control of Newman, severe daddy-daughter issues between Victor and Victoria, a point in time when all the Newman children sued their father, Victor marrying Nick’s wife (twice), and so much more. Still, there is love between this family, and it’s unfortunate that their stubbornness gets in the way of enjoying more good times, than bad.

2. The DiMeras – Days of Our Lives

Led by the late (and great) Stefano DiMera, this family has wreaked havoc since first arriving into Salem, over 30 years ago. While Stefano has passed, his legacy of torturing the Bradys and the Blacks lives on through his son (no nephew … no wait, yes son) Andre. Not only has Stefano done some crazy things in the past, he always had a knack to convince his non-evil children to jump on the evil-doing bandwagon and would not flinch at the thought of using a child or grandchild to help him in his crusade of bringing the nice residents of Salem down. While Stefano is seemingly dead and gone (the guy does have nine lives, so it’s hard to tell for sure), his legacy lives on in his family. Children Andre, Chad, and Blake (adopted) are alive, as well as five DiMera grandchildren ready to grow up, and take over their grandfather’s legacy.

Nothing screams crazy family dynasties like GH’s Quartermaines. A staple on the show since the late ‘70s, the Quartermaines once dominated the GH scene with their over-the-top antics, sibling rivalries, money scandals, affairs, illegitimate children popping up, and Edward’s unhealthy obsession with ELQ, not to mention pushing this obsession on his children and grandchildren. Sadly, the family, that felt more like a mini-cult with the number of Quartermaines that resided in Port Charles (and that big house on the hill), has dwindled away to really five active adult members on the show today: Monica, Tracy, Dillon, Michael, and Jason — with only three of them living in the huge, and iconic Quartermaine mansion. 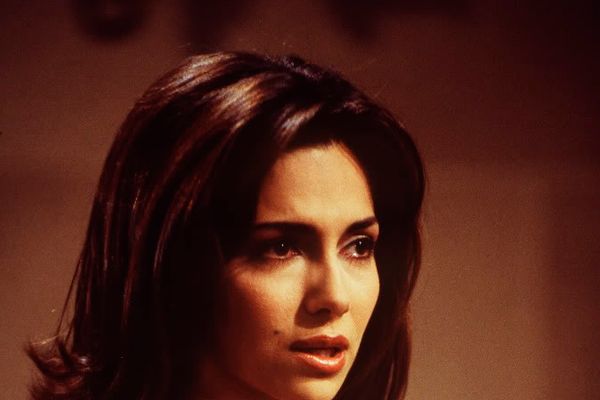 6 Soap Opera Characters We Wish Would Make A Comeback