The winners of The Voice are selected by the viewers via text, twitter, and ITunes store purchases. Although the top three finalists are the best of the competition, the cream of the crop so to say, do at home viewers always get it right? No denying the winners have incredible talent, but here are 7 runner ups we believe should have won.

Jermaine Paul was the second season winner; however, not only did Juliet Simms give the final performance three nights in a row, Blake even admitted to buying her music! Who could forget her killer rendition of “Roxanne” by The Police that won her a standing ovation? Every song covered felt like it was written and composed specifically for Simms simply because they were amazing at putting a twist while simultaneously staying true to the original.

Michelle Chamuel was the Season 4 runner up to Danielle Bradbery. However, when the original artist of a song you are covering remarks on how talented you are at performing it, you know you have star power. Taylor Swift couldn’t get over how well Michelle adapted her song “I Knew You Were Trouble.” It truly was her cover of “I Kissed A Girl” during the Blind Auditions that really marked her talent and that convinced three judges to press that magic button.

Do you remember that time in Season 7 when McAndrew performed an original song called “Wasted Love”? Yeah, it reached 14 on the Billboard Hot 100. Even re-watching the scenes with Adam coaching Matt on the performance of the song, it doesn’t sound right if not sung by Matt himself! This was the performance that proved McAndrew deserved to win as it displayed his ability to wow the crowds on through his own capabilities as an artist.

Many at home viewers were frustrated with Linsey’s appearance on the show due to the singer having past music industry experience through the band Steel Magnolia. Despite past success, the band had broken up and Linsey was starting at the bottom as a solo artist. The singer clearly established that they could hold on their own through a soul wrenching performance of “Tennessee Whiskey” in the semifinals.

In Season 3 Terry McDermott followed behind Cassadee Pope. Both Team Blake members performers impressed audiences with their amazing vocal skills. McDermott had powerhouse vocals in “I Want To Know What Love Is” and it seriously made you question why he wasn’t a rock legend already. Although Pope has a phenomenal voice, McDermott has a rawness that can’t be compared.

In the very first season of The Voice, Dia Frampton was runner up to Javier Colon. Listening to her cover of “Losing My Religion” you can hear the bittersweet emotion behind each word sung. There is no denying Javier had ridiculously smooth and controlled vocals that are comparable to many other R&B singers. Frampton has an entirely original sound, a once in a lifetime voice that the show really tries to find.

Tessanne Chin won season 5 of The Voice with confident and stable vocals. This is a tough call but Lee, 16 at the time, demonstrated so much potential and star quality that gave her an extra edge. With such sweet vocals the artist was still able to express a strength in their music. “I Put A Spell On You” showed that Jacquie had the lungs to compare to Tessanne, but performances such as “Angel” proved that the singer could portray a vulnerability while still rocking listeners to the core. 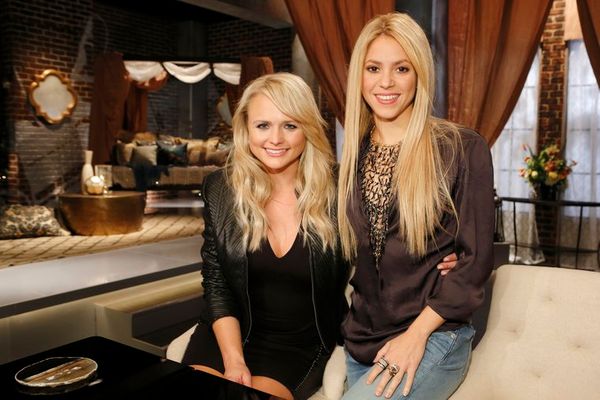