The Voice has been a hit on NBC ever since its inaugural season in 2011, and has become one of the most popular talent competition series on TV. Along with an incredible Blind Audition process, fans have become attached to the show because of the celebrity coaches which have included the likes of Blake Shelton, Adam Levine, Christine Aguilera, Usher, Miley Cyrus and more. Some incredible performances have been done on the show, and though it may be hard, there can only be one winner. While every winner has had incredible talent, there have been some winners that fans don’t agree with, and others that didn’t have nearly as much success as many expected after their season came to an end. Take a look back at all 12 winners ranked:

Season 12 of The Voice ran from February 27, 2017 to May 23, 2017 and after a lot of tough competition it was Chris Blue who was finally crowned the season’s winner. Blue’s win gave Alicia Keys her first win as a coach, and his win was not at all surprising thanks to his incredible performances and show-stopping charisma. On top of it all, Blue became the very first The Voice winner to be the last contestant featured in the blind auditions and it was luck that Alicia Keys still had room on her team by the time his audition came around. While there is no doubt that Blue has boundless talent, fans have seen it isn’t that easy to become a success in the music industry even after winning the show, so for now Chris Blue ranks at number 12. 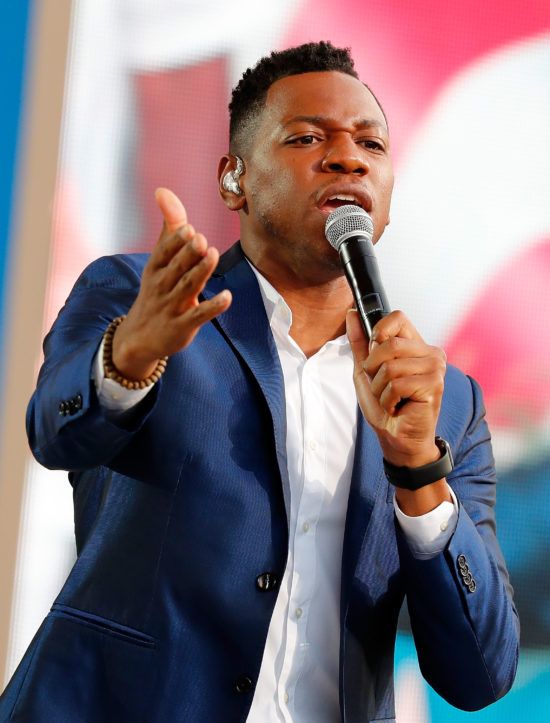 Season seven contestant and eventual winner Craig Wayne Boyd was perhaps one of the show’s most talked about contestants of all time. The country rocker was a natural selection for Blake Shelton’s team, and along with his talent both with singing and on the guitar, his handsome rocker look also made him a hit with fans. While there is no denying his talent, Boyd is at number eleven because he had an unfair advantage, having released two albums before even appearing on The Voice and even opening for acts such as Randy Houser and Brantley Gilbert. With so much experience behind him, Boyd should have had much more success after his win and signing his record deal, but Boyd left the record label before releasing an album. Although there were reports the singer was dropped, he maintains that he left on his own accord. 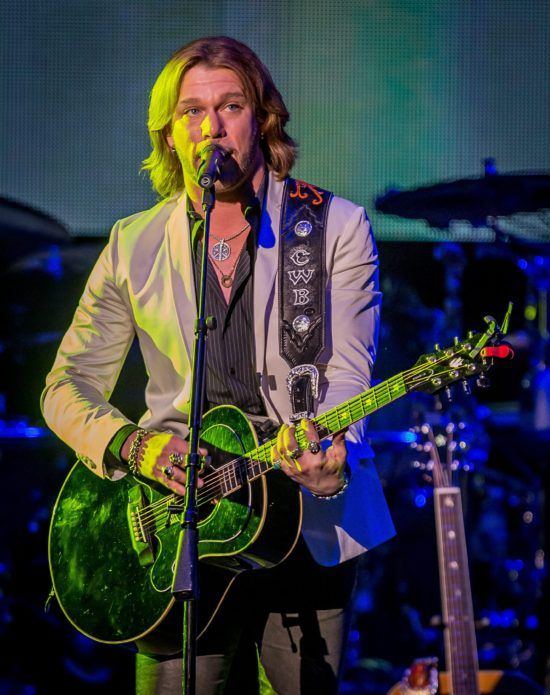 Season six of The Voice saw soul singer Josh Kaufman crowned the winner and gave Usher his first and only win as a coach. Although Kaufman dazzled audiences on the seasons, he is now one of the least memorable winners out of all the seasons. Like Boyd, Kaufman also had an album released before he appeared on The Voice, and despite his jumpstart, didn’t have much success with his 2016 self-titled album. The fact that he has had to take to his Twitter account to confirm that he is in fact still working on music and performing reveals just how little of an impact he has had on the music industry and fans since the win. 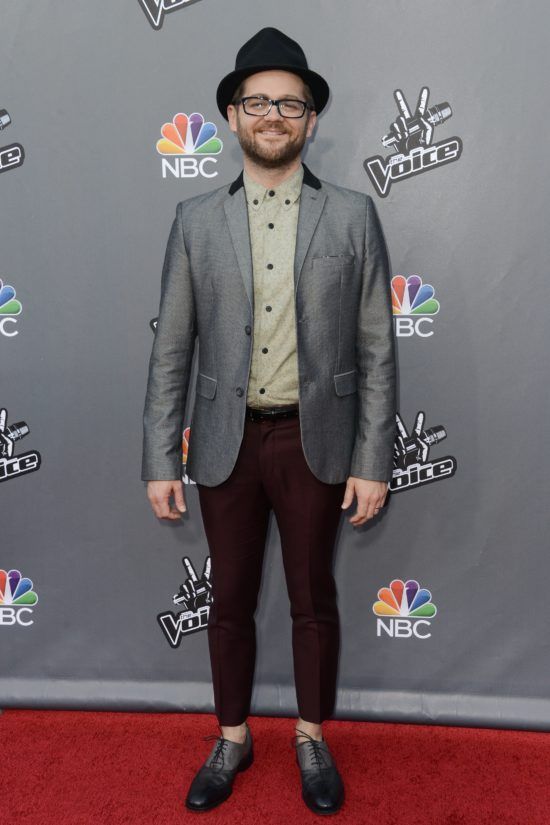 Tessanne Chin became The Voice‘s third female winner and second win for coach Adam Levine when she blew everyone else away in season five. As a Jamaican recording artist, Chin was presented with the opportunity for the show by none other than Shaggy who hoped it would give her a big break as an international star. With so much star power support before even joining the show, fans have expected much more from Chin. After many high-profile appearances and performances following her win, Chin’s major label debut album was released in July, 2014 to disappointing sales. Chin then left Republic Records after the label and The Voice were criticized for not properly promoting her album. Chin has not released any albums since and her last single was released in 2015, making her a long forgotten The Voice winner. 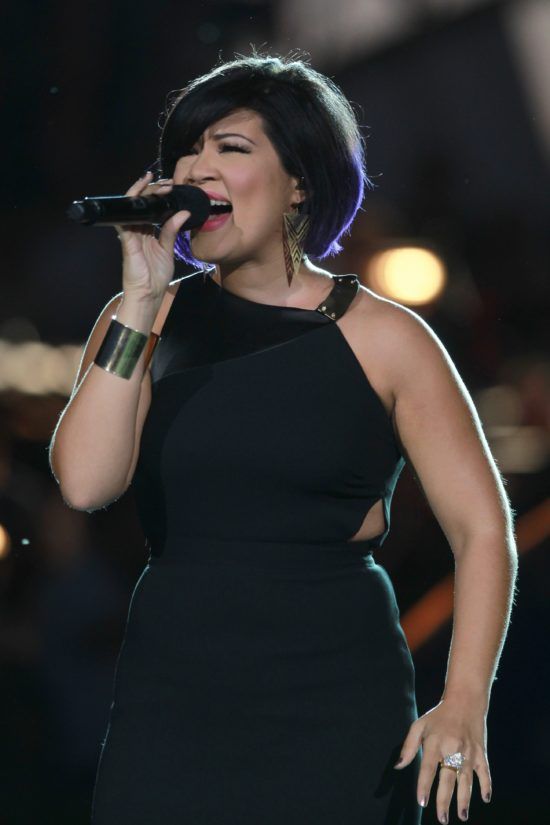 R&B and soul artist Jermaine Paul mesmerized everyone including the judges during season two of The Voice, and had an extensive music background before auditioning for the show which included providing backing vocals for artists such as Alicia Keys and Mary J. Blige. To the surprise of the audience and newfound fans, nothing much ever materialized from Paul’s big win and, although he released many singles after being signed to Universal, an album still hasn’t followed. Now that it has been five years since his win, the odds of Paul making it big in the music industry are looking less and less likely. 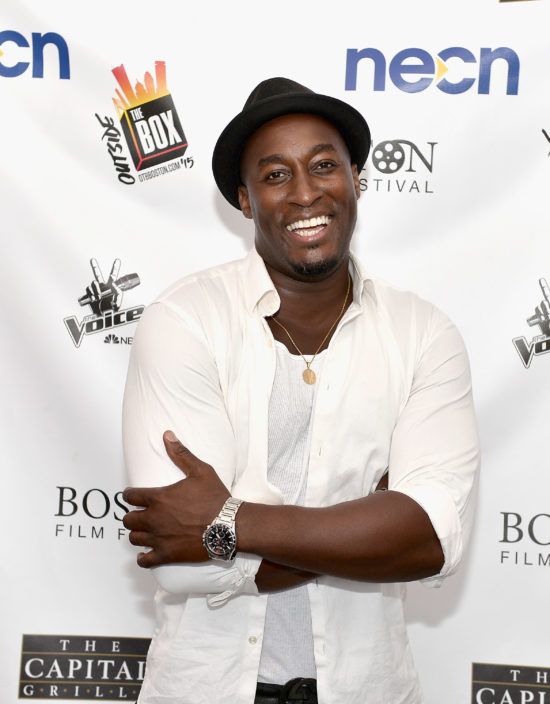 Javier Colon will always be iconic for The Voice because he was the show’s very first winner in season one after being coached by Adam Levine. Like some of the other The Voice contestants, Colon had an established music career outside of the show which included releasing two albums with Capitol Records in 2003 and 2006. After winning the first season of the show, Colon released his third album through Universal Republic Records, but a year later left the label because of lack of support. After five years he released his fourth album “Gravity” through Concord Records, but unfortunately it failed to make an impact on the charts, and with such a promising start, Colon is one of The Voice‘s most disappointing winners. 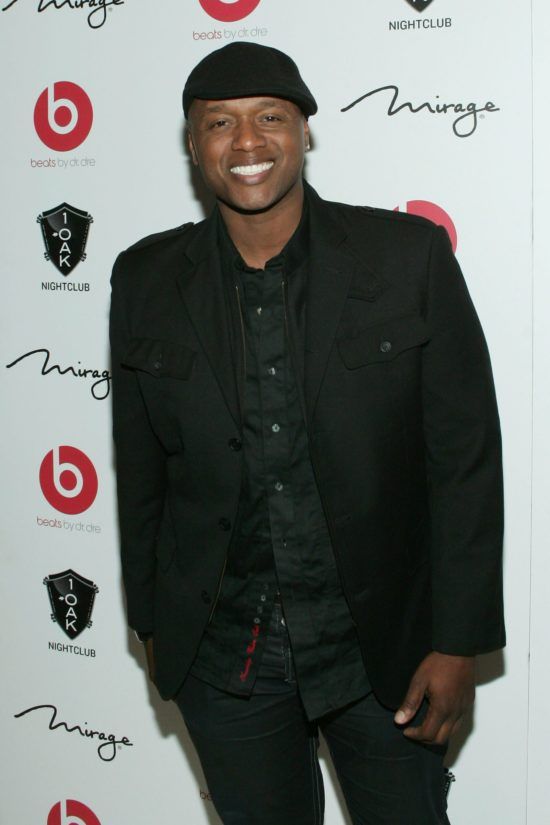 After a very tough season, Alisan Porter was finally named the winner of season 10 of The Voice in 2016. Porter’s win from Team Christina gave Christina Aguilera her first win as a coach, and Porter instantly became one of the show’s most popular winners. While Porter had a strong fan base and a ton of talent, there still hasn’t been any word of an album for the season 10 winner and it seems many are already starting to lose interest as attention shifts to newer seasons and their winners. 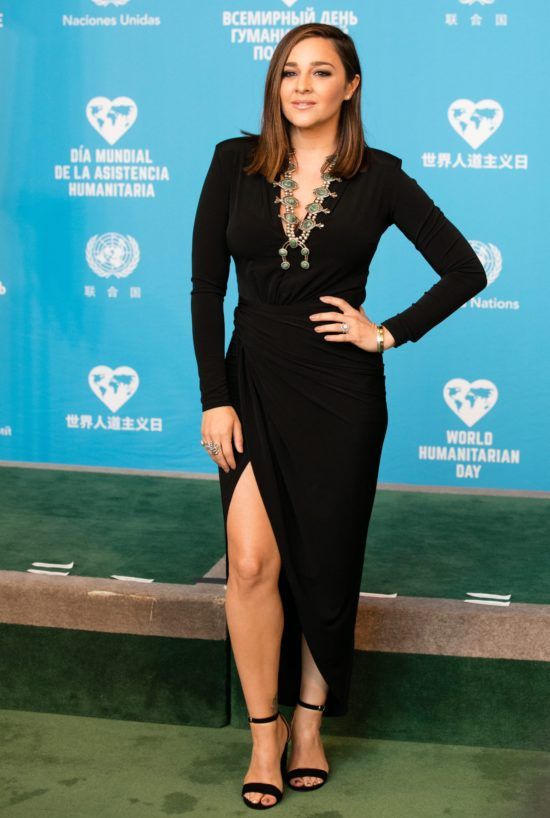 Following Alisan Porter’s season 10 win, Sundance Head was crowned the winner of season 11 after several amazing performances on The Voice. Blake Shelton secured his fifth win with Sundance Head, and right from the beginning the singer had everyone’s attention. From his unique name to unmistakable appearance, Sundance Head always had everyone in awe, and it wasn’t his first time wowing large crowds. Head was actually a semi-finalist on season six of American Idol before his big win on The Voice nine years later. With a few singles released, Head’s post-The Voice album is highly anticipated and will prove if he has staying power in the industry. 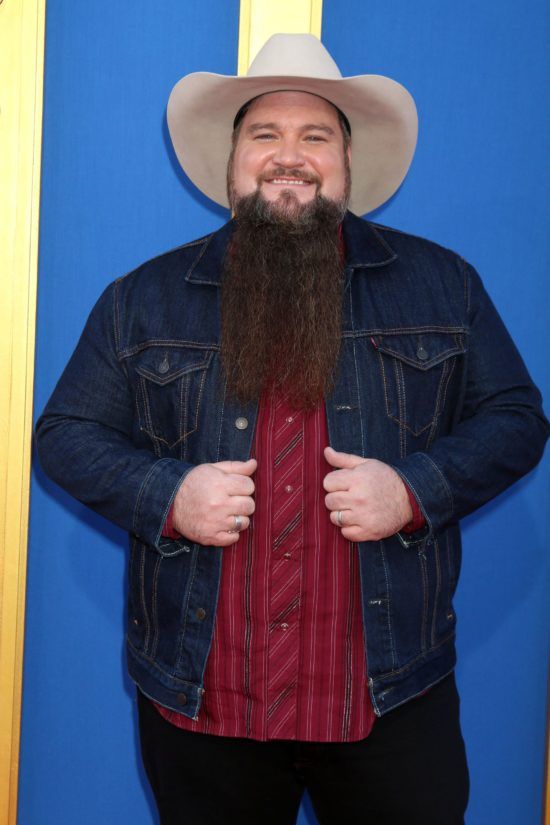 Season four winner Danielle Bradbery was the youngest winner in the show’s history at the time by taking home the win at only 16. Bradbery won over fans quickly and she was immediately signed to Big Machine Records and she expanded her fandom by appearing on tours with major country music stars including Brad Paisley, Hunter Hayes, Scotty McCreery, Miranda Lambert, Thomas Rhett and Brett Eldredge. Her self-titled debut album was released in November 2013 and reached number five on the US Country charts and sold 139,000 copies, instantly making her one of the most successful winners. With her second album set for a late 2017 release date, Bradbery has had one of the longest lasting impacts on her music genre and on fans out of all The Voice winners. 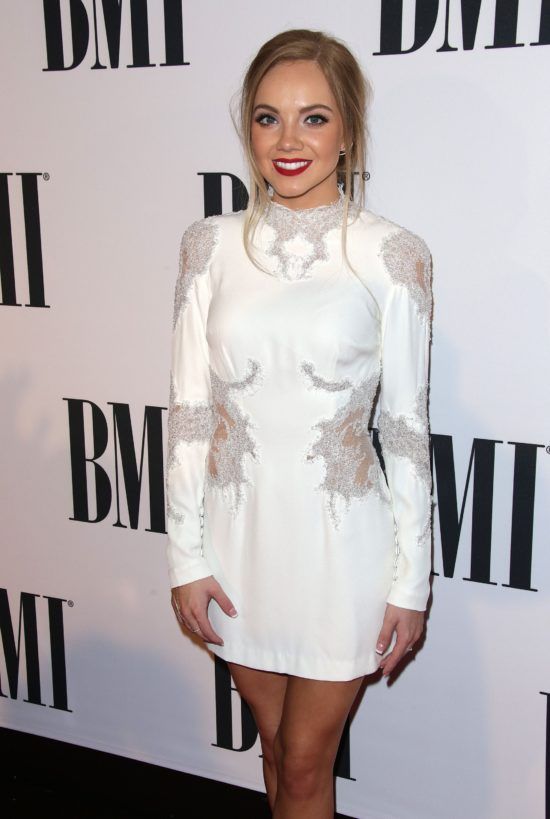 J0rdan Smith wasted no time charming the judges and the audience with his infectious personality and incredible singing talents during season nine of The Voice. After his show-stopping blind audition of “Chandelier,” Levine told him, “I think you’re the most important person that’s ever been on the show,” and Smith of course chose Team Levine. After Smith won the whole season in December 2015, he became the highest selling artist ever to compete on The Voice, and through season three of Smith’s performances actually bumped Adele’s “Hello” out of the top spot at iTunes. Following the release of his debut album in March, 2016, the album rose to number 2 at the iTunes store and sold a very respectable 73,000 copies. Few of The Voice winners have seen as much ongoing success as Smith has following their win. 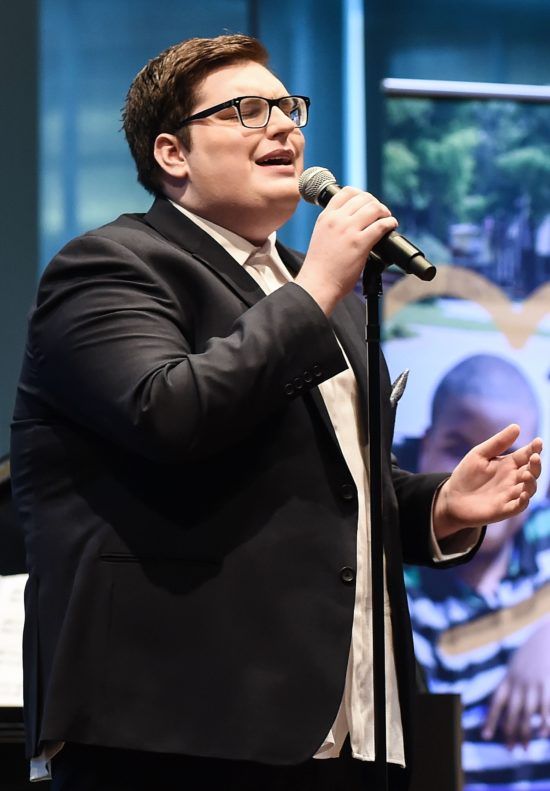 There is no doubt that Cassadee Pope is the best known and most successful artist to have won The Voice. The talented singer took home the big win in season three after choosing Blake Shelton as her coach. Through the course of the season, many of her songs reached number one on iTunes, and it became clear quickly she was going to be a force to be reckoned with in the music industry and is one of the few that has stayed relevant following their win. Her debut album Frame by Frame hit number one on the US Country charts and sold 181,000 copies and in 2016 her star rose even higher when she collaborated with country star Chris Young on his hit single “Think of You.” Now, Pope has made a name for herself in the country music world and isn’t simply known for winning season three of The Voice. 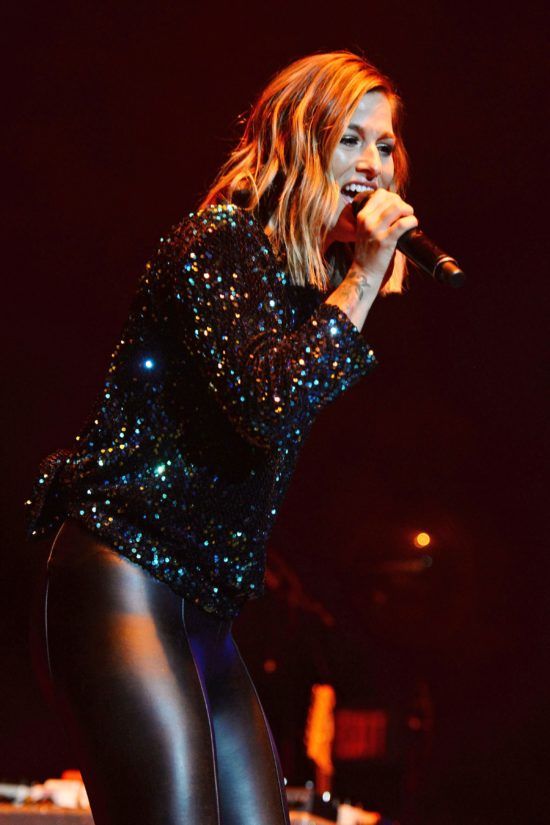 Upon winning season eight of The Voice in May 2015, Sawyer Fredericks became the show’s youngest winner and also gave coach Pharrell Williams his only win. While Cassadee Pope might be The Voice‘s most successful winner, Fredericks is the most popular. With his many incredible performances, Fredericks actually broke a lot of the show’s previous iTunes records and had arguably the most passionate fanbase out of any The Voice winner. While he never spoke out about his relationship with Republic Records after his win, Fredericks did announce in late 2016 he was an independent artist and is releasing his next album under Dreamland Recording Studios. 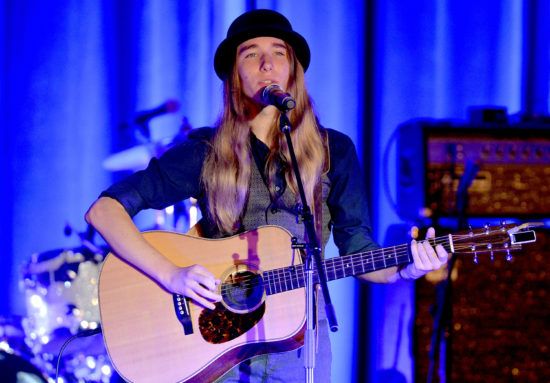 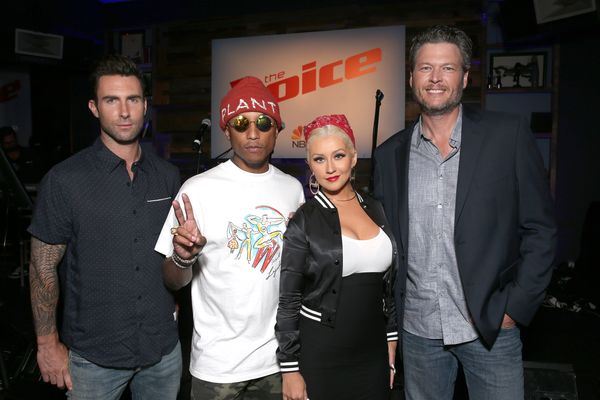