Things You Didn’t Know About EastEnders

For over three decades, EastEnders has been one of the most popular British soap operas on television after it reached the number one spot in TV ratings only eight months after its premiere. The series quickly became known not only for its drama and intriguing stoylines, but also content that was often thought to be taboo or heavy, and was not seen on UK television at the time. Take a deep dive into Walford with these things you may not have known about the record-breaking and award-winning soap opera:

In the race for the top spot of British soap operas, fans know that it always comes down to Coronation Street and EastEnders, and that is exactly what the creators of EastEnders anticipated. In March 1983, BBC executives were contemplating ideas for a popular bi-weekly drama series that would attract the same kind of large audiences as ITV was getting with Coronation Street. When Julia Smith and Tony Holland were brought in to begin working on ideas for a brand new series, they dived right into audience research to find out what audiences wanted. At the time Smith and Holland were seen as revolutionaries in the practice of audience research for a new series, which has now become commonplace. 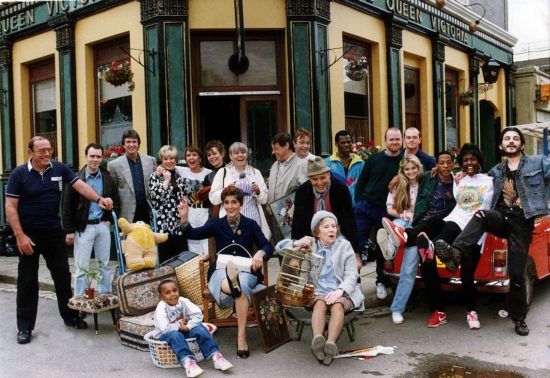 After deciding on the East End of London for the location of their new drama, Julia Smith and Tony Holland needed to come up with a fictional name for that place, and decided to merge the names of their own East London hometowns. Being from Walthamstow and Stratford, the two merged the two place names to come up with the now legendary Borough of Walford. As for naming the series itself, the show had many working titles including Square Dance, Round the Square, London Pride and more, but it was East 8 that stuck with E8 being the postcode for Hackney. Unfortunately, casting agents though that East 8 was Estate, and the postcode E20 was used instead. Eventually Smith came up with EastEnders herself after she and Holland spent so much time calling casting agents and asking them, “Do you have any real East Enders on your books?” Smith thought that Eastenders looked “ugly” when written down so they decided to capitalize the second “e.”

EastEnders fans do not need to be told that June Brown’s Dot Cotton is absolutely legendary, and there are many reasons why. Only the most keen of fans have noticed that Dot Cotton has worn the exact same dress for every Christmas Day episode since 1988, and it is now the oldest costume in the wardrobe for the cast. Meanwhile most of the rest of her wardrobe comes from charity shops. To top it all off Dot Cotton is the only character in British soap opera history to be featured in a monologue episode known as a “single-hander.” Brown was nominated in the Best Actress category at the 2009 British Academy Television Awards for her performance in the episode, becoming the first soap actress nominated in the category since 1988.

Although it was originally conceptualized as a bi-weekly drama, the success of EastEnders meant that it did not take long until the number of 30-minute episodes per week was increased to three and then in 2001 it went up to airing four days a week. With such a hefty schedule to keep up with, it should not be surprising that the actors work a lot. The cast and crew reportedly film between 25 to 30 scenes a day which results in nearly 13 minutes of an episode. That might not seem like a lot but it is more than double what most other series film, which is usually about six minutes a day.

One way or another it seems Emma Bunton was destined for stardom, but she thought it was going to be on EastEnders! The popular star, who became known as Baby Spice in the iconic girl group the Spice Girls, auditioned for the role of Bianca before becoming part of the musical group. “When I was 17 I was up for the part. I loved the show and thought it was perfect for me. I got right down to the final auditions and then was rejected. It was really upsetting,” Bunton said. “The very next week after failing that audition I met the guys who put together the Spice Girls.” Before auditioning for Bianca, Bunton appeared in a 1992 episode as a troubled teen. 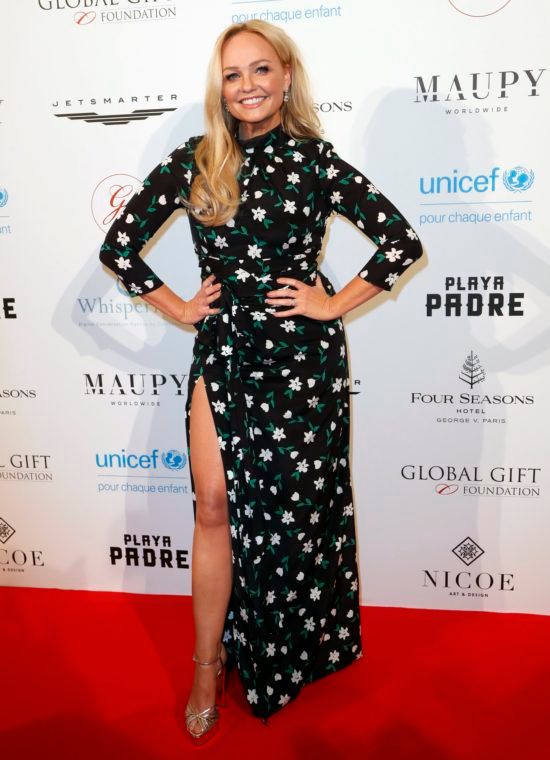 With EastEnders not shying away from difficult or sensitive issues, it’s handling of some serious topics has received praise from critics and fans alike. In 2001, the storyline which involved child abuse with Kat Slater and her Uncle Harry was part of the reason the National Society for the Prevention of Cruelty to Children had its calls increase up to 60 percent. The society praised the way the series handled the difficult subject matter.

After so many years on the air, the cast of EastEnders have become iconic in their well-known characters, but getting the right person for the role wasn’t particularly easy. Barbara Windsor was actually fourth in line to play Peggy Mitchell. Meanwhile Kellie Bright, who plays Linda Carter, originally went for the role of Tanya Branning; Derek Martin, who played Charlie Slater, auditioned to be both Den and Frank Butcher; and Lacey Turner impressed producers so much when she auditioned for the role of Demi Miller that they created Stacey Slater especially for her. Also, Michelle Collins, who played Cindy Beale, previously auditioned for the role of Mary Smith, and Patsy Kensity, Cheryl Baker, and Joanna Lumley were all considered for the role of Chrissie Watts. 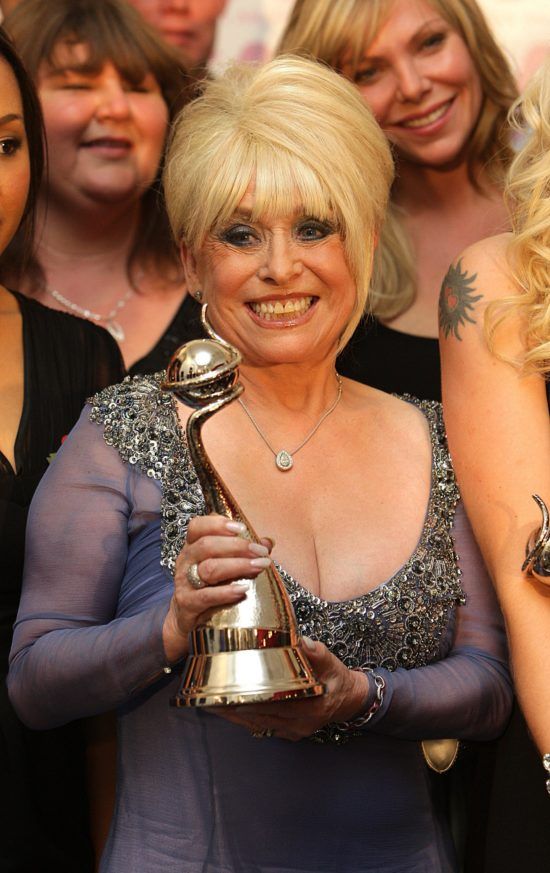 5. The Danger of Walford

There is no doubt that Walford is a very dangerous place to live. From murders to serious illnesses to violence and more, just about anything and everything has happened in Walford and happened to its residents. Despite it being all fiction, a scientific study determined that if Walford were a real place, it would be so dangerous that you would be safer being an F1 driver or an oil rig diver. The Queen Vic in particular as the pub is the most dangerous building in soap operas, having suffered nine break-ins and two fires in the last 10 years. Researchers also determined the likelihood of fires and break-ins actually happening in the East End of London is 3.4 people per 100, but on the show the number skyrockets to 9.5 people per 100.

EastEnders’ popularity has been proven time and time again, and has been marked by some pretty substantial moments during its broadcast history. In 1986, the Christmas Day episode broke viewer records and still remains the highest rated episode of a soap opera in UK television history with 30.15 million viewers. Then, in 2001 the semi-final match between Liverpool and Barcelona was postponed by 15 minutes because of the Who Shot Phil? storyline in order to not clash with the scheduled episode. Reportedly around 50,000 bets were made on who was the culprit and 22 million viewers watched the episode and caused the third-largest power surge on record.

The Queen Victoria, aka The Vic, is one of the most iconic buildings in soap opera history, but in real life it is much different. In real life, the front door of the building opens into an empty space and there is only a small bar corner. Despite not being filmed inside, fans know a lot of drama happens outside of The Queen Vic (more people have died outside of the building than anywhere else in Walford), and when the exterior set was built in 1984, the buildings were chipped at with pickaxes to make them look older. The full interior, where filming of inside scenes is shot, is actually at Elstree Studio One. 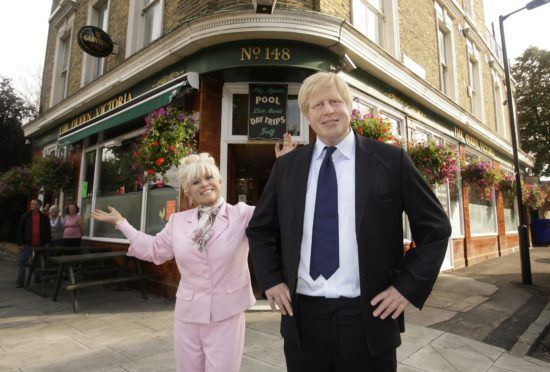 The magic of film and TV production is used in every project, even EastEnders. Due to the fact that EastEnders is filmed 12 weeks before its air date, there have to be adjustments made in order to coordinate the episode with the season it will be airing in. Fake leaves are often added to trees and plastic daffodils are put in the ground to make it look like spring even though they are still filming in the winter.

Den, Angie and Sharon Watts were the first family of The Vic, and originally they were supposed to be called Jack, Pearl and Tracey. Additionally, Angie Watts was first played by actress Jean Fennell, and the actress took publicity photos for the show alongside Leslie Grantham and Letitia Dean, but she never made it into the show. Fennell was fired before they could finish filming the first episode because she was too “elegant” and too “theatrical.” After her firing, the role was offered to Anita Dobson. 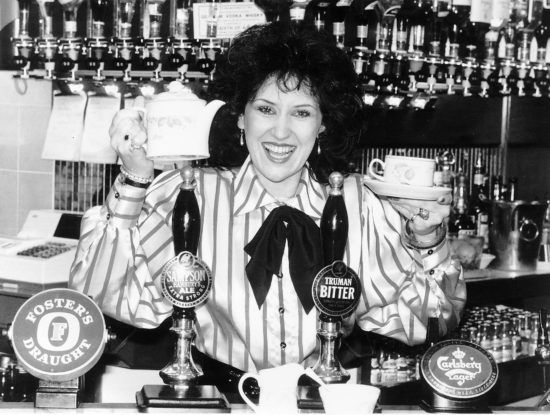 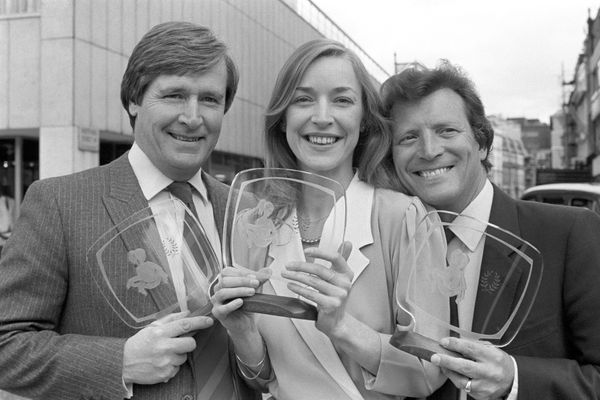