Back in 2008, Twilight mania officially began when the very first film adaptation hit the big screen, inciting yet another mass fandom and hysteria over the film’s stars. While the story follows a love story between a young mortal and a vampire, things with the cast have been much less sincere, and in fact many of those involved in the films have found themselves embroiled in a scandal or two. From casting issues, cheating scandals and so much more, here are 8 of the most shocking real-life scandals involving the cast from Twilight!

The casting process for Twilight was difficult when it came to quite a few roles, one of which was for the role of Victoria. Although Bryce Dallas Howard was offered the role first, she turned it down, leading to the casting of Rachelle Lefevre instead. After starring in the role for the firs two films, Lefevre was abruptly replaced by Howard for Eclipse, and Summit Entertainment downplayed the switch by saying it was a simple case of “scheduling conflicts.” Lefevre then spoke out, revealing that she was absolutely “stunned” and “greatly saddened” by the decision, and did not think she was going to lose the role because of a “10 day overlap” with another movie she was shooting.

While fans were ecstatic that the love between Kristen Stewart and Robert Pattison turned out to be real, it also caused some drama because they were actually dating other people right up until they got together. For four years, Stewart was dating actor Michael Angarano, and Pattinson was actually casually dating another Twilight star, Nikki Reed. While there was never any confirmation that the two cheated on Angarano and Reed when they got together, it certainly seemed that way, and many reports indicate that Reed was extremely upset and that is why her friendship with Stewart came to an end.

The Twilight books were released annually from 2005 to 2008 and quickly became one of the most popular young adult series ever leading to a very lucrative and successful deal to turn the novels into films. This of course meant that author Stephenie Meyer reaped all the benefits, but in 2009, she came under fire for alleged plagiarism. Critics drew parallels between Twilight and Jordan Scott’s The Nocturne. A lawyer for Scott stated, “If you take away everything but the similarities and see if they match up…if you take away the differences in this case, the similarities are very similar. Stephenie Meyer has taken ideas from Jordan’s book, though they both go in different directions.” Despite the allegations, the lawsuit was eventually dismissed by the District Court judge.

Ashley Greene had been working hard on her career for years, but without a doubt, her big break was landing the role of Alice Cullen in Twilight. After the film was released in 2008 and Greene shot to stardom, she became the victim of a hacking scandal and nude photos of the actress were leaked onto the internet. Her legal team immediately took action, and there was a quick response to get the photos taken down, and of course Greene was heavily criticized as one of the biggest role models for young women at the time because of her Twilight role.

In 2009, actor Kiowa Gordon made his film debut in New Moon as wolf pack member Embry Call, and along with the rest of the cast hit a new level of fame unknown to him before. Unfortunately for Gordon this meant someone then tried to use Gordon’s fame for their own crimes. In 2014, a 33-year-old man by the name of David LeVera pretended to be Gordon in order to lure young girls. The man allegedly signed autographs and even did a presentation at two small Iowa schools pretending to be Gordon, and lured a 14-year-old into his car, but was eventually caught. Gordon released a statement after hearing the news, stating, “I am deeply saddened that there is a person out there trying to impersonate me an do harm to young girls. My heart goes out to their families and anyone else who has been deceived or hurt by his actions.”

What happens when two massive fandoms collide? Fans get even more excited. and that is exactly what happened when Jamie Campbell Bower who portrayed Caius in New Moon began dating Harry Potter star Bonnie Wright (Ginny Weasley) in 2010. They then became engaged in April 2011, but in June 2012 sadly called off their engagement, and while they said it was amicable, many were quick to turn on Bower after he was spotted holding hands with his Mortal Instruments co-star Lilly Collins. What made it most suspicious was that the pair were seen holding hands only a few days after he and Wright called off their engagement, leading many to believe that his relationship with Collins definitely had something to do with ending his relationship with Wright.

Chaske Spencer may have been the leader of the wolfpack in Twilight, but before portraying Sam Uley, the actor had a very serious addiction problem. In 2010, one year after the release of New Moon and Spencer’s debut as Uley, the actor opened up about being addicted to alcohol and heroin only a couple of years before. He explained that he began by doing cocaine, and eventually was introduced to heroin and even admitted that he was “hoping to die.” Luckily, his friend referred to him to a rehab program aimed at Native Americans where they calculated he had already blown $2 million on drugs alone, and luckily he was able to get clean. “I signed my contract for New Moon on the one-year anniversary of my sobriety. I got pretty tight with the wolf guys. I took each of them aside and told them I’m an addict and an alcoholic and that’s why I don’t drink,” he explained.

There was no doubt what would be number one! Despite constant media attention and playing a couple on-screen, Kristen Stewart and Robert Pattinson were going strong for four years until she was caught in one of the most shocking cheating scandals in recent years. In July 2012, multiple media outlets got their hands on photos that showed Stewart kissing and getting quite cozy with her Snow White and the Huntsman director Rupert Sanders. It was bad enough that Stewart was very obviously cheating on her longtime boyfriend, but Sanders was 19 years older than Stewart and was cheating on his wife of 10 years, Liberty Ross. Both Sanders and Stewart released separate public apology statements, with Stewart stating, “I’m deeply sorry for the hurt and embarrassment I’ve caused to those close to me and everyone this has affected. This momentary indiscretion has jeopardized the most important thing in my life, the person I love and respect the most, Rob. I love him, I love him, I’m so sorry.” While Ross filed for divorce from Sanders, Stewart and Pattinson reconciled, but things were never the same between the two and they officially split by September 2014. 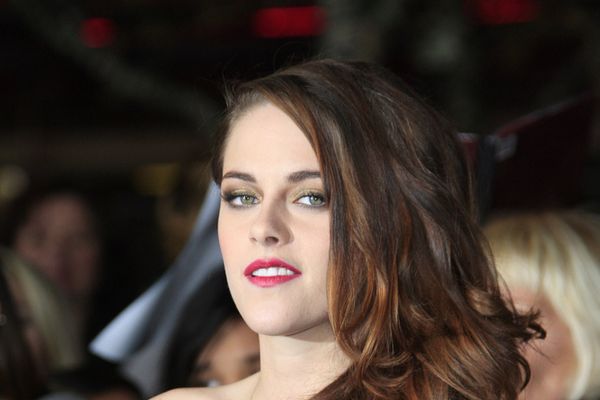