Who needs a stylist when you can copy your glamorous BFF? Amy Schumer told E! News that she plans to copy whatever her gal-pal and fellow nominee Jennifer Lawrence wears to the Golden Globes. “We’re going to try to figure out to wear the exact same thing. That’s my mission. I really want us to wear the same thing,” Amy explained. “She’s going to have to wear Dior. I’m just going to have to have Dior make two of whatever they’re making for me.” But Amy isn’t the only person who has her own plans when it comes to fashion — and since a Hollywood stylist can cost up to $8,000 per day, we’re not surprised some stars have decided to take fashion into their own hands. Here are six celebrities who don’t use a stylist:

Diane Keaton definitely has a very unique look and her outfits are always a little outside the box — you either love it or you hate it! She told The Telegraph in an interview that she loves clothes and enjoys dressing herself, but that she is a bit of an ‘odd ball’ who likes to do things off the beaten path. From her signature silver locks, to her distinct small and round prescription glasses — Diane has been rocking her own look for quite some time. Her style can  sometimes reflect that fact. While many other celebrities praise her look, like Emma Stone, there are some down sides to not using a stylist. When Keaton won an Oscar 35-years-ago for Best Actress, she was torn apart by fashion critics for looking like a “bag lady.”

The Newsroom actress has admitted to passing on using a fashion stylist. Typically when celebrities pass on using a stylist it’s because they have faith in their own ability to mix and match different trends, but for Olivia, it’s simply out of her own kind heart. Munn said, “The only reason I don’t use a stylist is because I feel like if I’m going to fall, I’d rather it be on me.” That’s very nice of you Olivia!

Unlike most celebrities, Rachel Bilson loves to have her own fashion freedom and her best looks usually come from her flawless ability to throw together a chic street look. In 2010, she told Vogue that her favorite thing about dressing herself is being able to experiment and have fun with it: “I really dress myself. I’ve been known to put a necklace in my hair. That’s what getting dressed should be. It’s about fun and experimenting. I think you either enjoy it or you don’t – and I do.” She’s also admitted to People that she’s a bit of a closet hoarder! More recently, there are reports of her using a stylist as she’s become more popular in the fashion world with her shoe collection she started with friend and stylist Nicole Chavez.

Camilla Belle prefers to pick out her own outfits, and so far she’s been doing fine all on her own. This actresses red carpet looks are flawless as she’s able to perfectly harness her natural beauty with a classic staple piece. She rewards all the credit to her mother who she claims has a knack for picking out the perfect ensembles and pointing out the fashion mishaps: “Usually she’s spot on, and she’s the one looking at me asking, ‘What are you thinking?'” We haven’t seen too many mishaps from Camilla, and we’re pretty sure it would be really hard to make her look bad!

Gossip Girl star Blake Lively always looks amazing, whether she’s wearing a vintage-inspired red carpet gown or a leather jacket paired with houndstooth pants. However, she does still get professional advice on her looks; “When I’m going to an event, I’ll send Christian (Louboutin) a picture of my outfit and say, ‘What shoes do you think I should wear with this?'” she admitted in an interview with Elle magazine. Lately, we’ve loved her in Monique Lhullier, Balmain, Marchesa and Gucci. Even if her lifestyle website Preserve didn’t work out, we’d always take fashion advice and inspiration from Blake.

Shameless actress Emmy Rossum also doesn’t need a personal stylist to rock a variety of fashionable looks. She told The Huffington Post that she’s “shallow” enough to want to take all the credit for her outfits, and that she “just loves playing with clothes.” We totally understand, sister! Lately, Emmy has been seen donning impressive looks from Carolina Herrera, DKNY, Monique Lhuillier and Jenny Packham and looking great in all of them.

Diane Kruger can really wear anything. We’ve seen her in flowy, feminine pastels, bold reds and blues, and a variety of neutrals and whites. Her favorite designers include Chanel Haute Couture, Marchesa, Jason Wu, Donna Karan, and Calvin Klein. Since Diane has also worked as a model, she really knows what she’s talking about! “It’s very fun every once in a while to get dressed up, and usually you’re there to [promote] your movie or TV show, so it’s always a very special moment,” she said in an interview with Buro 24/7. When asked how her style has evolved since her teen years, she responded,”I don’t wear skirts anymore where my butt cheeks are hanging out! That’s for the best, but other than that, I don’t know.” Come on, you’re being modest!

Our French girl crush Marion Cotillard, who stars in the latest film adaptation of Shakespeare’s Macbeth, has decided to dress herself. An ambassador of Dior, Marion goes bold with her style choices. She seems to love texture; we’ve seen her in lace, cutouts, knife pleats, embroidery, oversized flowers and even a Gaultier halter gown that made her look like she was coated in fish scales. We love that she’s never afraid to make a bold statement with her red carpet outfits, which also incorporate a variety of hairstyles and accessories. Personal stylist Arianne Phillips agrees: “Diane Kruger and Marion Cotillard are consistently the best dressed in Hollywood,” she said. “Both women are not only incredibly talented actresses, they’re extreme beauties in the sense that both of them exude confidence and ease,” Phillips says. “They’re both clearly working with very sophisticated and informed taste levels in terms of style and more importantly, they understand what looks good on them.”

Another actress who got her start as a model is Mad Men star January Jones, who has also decided to say no to the expensive stylist treatment. She also opts for bold statements during awards season, like graphic Gucci and geometric sequins, but she can go both classic and punk with feminine gowns or surprising makeup choices. “I want to do things that are shocking,” she told The New York Times in 2013. Discussing her look for the Screen Actors Guild Awards, she said she likes to be confusing to people, and that she embraced the idea of going extreme with her hair and makeup, like a Bowie character. She says she doesn’t care what red carpet interviews have to say about her looks — and we applaud her boldness! She has also said that her “Plan B” is to work in fashion if acting doesn’t work out, and we’d love to see her line.

We weren’t surprised to find out that supermodel Kate Moss is another lady who puts together her own fashionable looks. Celeb stylist Sasha Charin Morrison approves of Kate’s choice, dishing in an interview with Fashionista: “Blake doesn’t use anybody. Sienna Miller, Diane Kruger, Kate Moss–they all have a very specific idea of how they like to look and how they put themselves together and they have great style. But most actresses need stylists because they simply don’t have the time or the resources to do all that shopping for a junket. They don’t know where to go or how to make it fit right.” 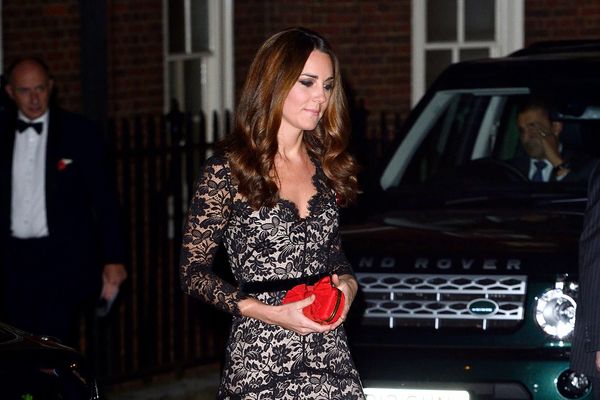 9 Biggest Fashion Icons Of All Time