Celebs Who Rocked Tuxedos Over Dresses On The Red Carpet

Fashion designer Coco Chanel revolutionized the female fashion industry when she launched her first suit in 1914. Prior to this, it was expected that women dress in a feminine manner which meant skirts and dresses despite their inconvenience and impracticality. The suit was quickly favored by celebrities such as Audrey Hepburn and Grace Kelly and soon became a staple menswear-inspired outfit that would last for generations. Follow along for a roundup of female celebrities who rocked a tuxedo over a dress on the red carpet in the last decade:

In 2009, Rihanna stepped out at the Metropolitan Museum of Art’s annual Costume Institute exhibition rocking an extravagant power suit in the most Rihanna way possible! The MET Gala is already coined as one of the year’s most dramatic fashion displays, so adding Rihanna into the mix was a surefire must-see style moment! The star rocked a masculine-inspired tuxedo that featured exaggerated puffed sleeve detailing and a luxurious silky texture. She topped the suit off with black gloves, chunky pumps and sleek side-parted updo.

Diane Keaton is known for her menswear-inspired red carpet looks and this one in particular created a standout fashion moment. She incorporated all aspects of the tuxedo, from the underlying vest to the polished tie and finished the look off with charcoal gloves and a structured top hat. To ensure the look still had feminine detailing, the blazer she wore had a long line shape that cinched in her waist and she opted for shoes with a delicate pointed toe to elongate her legs.

Fifty Shades of Grey star Dakota Johnson rocked an empowering tuxedo suit to the InStyle awards in 2015 that was perfectly tailored to her body! We love the double-breasted detailing of the blazer and the v-neckline which adds a delicate and feminine shape to the piece. She topped the look off with a simple diamond necklace, muted mauve pout and pointed strappy heels. The ensemble was chic, polished and the ultimate power suit.

Actress Julia Roberts is known for her practical, simple and timeless wardrobe! She isn’t shy to rock pants over dresses and often does so! She kept her look airy and light by wearing her suit in a softer navy color rather than a formal black. The satin texture of the ensemble also adds a feminine quality that a typical tuxedo lacks. She topped the pantsuit off with a beaded necklace in a vivid shade of green and swept her hair into a low, polished updo.

All eyes were on Angelina Jolie when she stepped out on the arm of her then fiancee Brad Pitt rocking matching tuxedos back in 2014. The brunette beauty took a more casual approach to the classic look by keeping her over piece unbuttoned, slouching up the sleeves of her jacket and allowing the ends of her bowtie to hang loose. Her trousers had a silk detail trailing along the side of her leg which tied in perfectly with the lapel detailing of her blazer. The star looked perfectly undone but still polished as she pulled off the tuxedo look flawlessly!

Zendaya rocked an elegant black tuxedo look at the Grammy Awards last year that had everyone talking! The satin detailing on the lapels and buttons made the look appear super chic and her long, slender legs were super highlighted with this straight-leg trouser and peep-toe pump. Although we do love Zendaya’s take on androgynous fashion with this tailored power suit, she definitely could have passed up on this awkward choppy haircut!

In 2013, Miley Cyrus took on the tuxedo trend and added her own personal feminine and demure touch to the look! Rather than the classic black suit look, Cyrus opted for a crisp white pantsuit that featured pin detailing along the hemlines of each piece. To keep the look appearing elevated and less masculine, she buttoned up one single button in the center of her torso which showed the perfect amount of skin with the low neckline. Although 2013 may not have been Cyrus’ classiest year, this look definitely was!

Anna Kendrick took her own captivating approach to the classic tuxedo by featuring a plunging neckline! The look is super streamlined and sleek looking with the all-black color palette which makes the revealing neckline that much more effective. She left her hair wavy and tousled to soften the look slightly and added a timeless black pointed toe pump to complete the look.

Amber Heard amped up the classic tuxedo with this printed suit combo! The textured print adds visual interest and an unexpected twist onto the black suit that we typically see with a look like this. The floral design adds a feminine quality onto a menswear piece that is super trendy and chic. Although we are in love with this elevated and refined outfit, her messy updo definitely could use some work to make her entire look appear a little more put together.

Jennifer Aniston’s take on the classic tuxedo is absolutely fabulous! We love how she opted for a bold colour like this burnt orange instead of the typical neutral that we often see. The super low neckline is ultra chic and, to add something extra, she opted for body jewelry instead of a typical necklace! Jennifer Aniston can do no wrong when it comes to her red carpet looks, but this particular one is definitely a shining star! 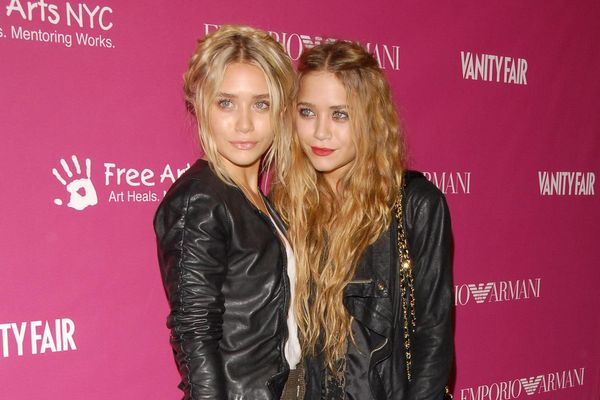