10 Super Skinny Stars: Are These Celebs Too Thin?

Hollywood loves its skinny stars, but what happens when thin becomes too thin? There seems to be a trend amongst some female celebrities. The pressure to look good (which, unfortunately, in Hollywood usually means skinny) is overwhelming for many stars and they end up starving themselves to become stick-thin. Some stars are naturally thin, but others aren’t, which is why this trend is especially worrisome. We decided to go through some of Hollywood’s skinniest celebrities, both past and present, and take a good look at their disappearing frames – and their explanations for their fading figures. Here is our list of Hollywood’s 10 super skinny stars – let us know if you think they look too thin!

According to the “90210” star, she is naturally pin thin. She doesn’t believe in dieting and she doesn’t own a gym membership. When it comes exercise, McCord likes to be creative. “My sister and I went to the library and looked over their DVD collection and discovered Neena and Veena, these Egyptian twins who have a whole series of belly dancing routines. We did them all. When you’re shaking your booty you can’t help but feel beautiful and sexy,” McCord said. It obviously works. She is incredibly lean – but maybe a little too lean!

Giuliana Rancic is ridiculously thin, but she insists that it’s due to a fast metabolism and not starvation or excessive amounts of exercise. “I always thought it would catch up to me and it hasn’t quite yet. I’m not trying to be cocky. Anyone who knows me knows I am the least arrogant person. I’m just trying to be honest,” the E! News show host said. At her age, it really should have caught up by now. Maybe she really does have a great metabolism!

When Nicole Richie started her career as Paris Hilton’s sidekick on “The Simple life,” she was a few pounds overweight. By the third season, however, she had lost all the excess weight – and then some. Since then, Richie has seemed to struggle with maintaining a healthy frame – and not in the same way that most people do. The stylish starlet seems to have grave difficulty keeping any weight on. In the space of a week, she can go from healthy to rail thin.

Denise Richards lost a considerable amount of weight a few years ago; however, she has no patience for being called “too thin.” “I don’t know why lately I’ve been getting so much flack for it,” she told Extra. “I have a very healthy lifestyle and I’m busy.” Since she is raising three daughters on her own and she has also taken in Brooke Mueller and Charlie Sheen’s twin boys at various times, we definitely think there is something to her story. We also imagine that being Sheen’s ex must be pretty stressful!

Since shacking up with Eddie Cibrian, LeAnn Rimes has lost a lot of weight. There was a period where she looked skeletal; however, that seems to have passed. According to the country singer, she lost the weight dealing with the stress of Cibrian’s ex Brandi Glanville and the backlash she was fighting against for breaking up their marriage. “That was just the way my body was handling the stress. Some people stress-eat and I did the complete opposite,” Rimes said.

Kate Bosworth has maintained her teeny tiny frame for years. The last time we remember seeing her looking moderately healthy was when she starred in the movie “Blue Crush” and that was well over a decade ago. Although she always looks well dressed when she hits the red carpet, we can’t help but wonder how she survives with no body fat. Is it just us or does Kate look better with a bit of meat on her bones!

Victoria Beckham doesn’t have a pound to spare on her body. According to the former pop star, she has always maintained her slim physique by being very disciplined when it comes to food. “I think there’s a big difference between someone having an eating disorder and someone who is controlled about what they eat. There’s a big difference, and every now and then of course I go out and eat what I like. But I do try to be quite disciplined in the way that I eat,” Posh said.

Alexa Chung has received a lot of flack in recent years for being too thin; however, that hasn’t helped her put on any pounds. Her weight really began to plummet in 2009 and, according to her, it is because she forgets to eat. “My weight is dwindling as I don’t have time to go to the supermarket. I speak to my mum most days and she always asks what I’ve had to eat. She gets very upset when I say: ‘Uh, I forgot,’” the pin thin model said.

Rachel Zoe has received a lot of flack over the years for being too thin; however, she doesn’t buy into it. “Truthfully, I’ve never seen myself as being too thin,” the fashion stylist told E! News. “Sometimes I’ll look at photos and be like, ‘Oh, that’s not a good look.’ But generally speaking, I’m not too thin.” We beg to differ. There are enough pictures of Zoe out there where you can literally count her ribs which, to us, means too thin!

Tori Spelling has always been thin; however, when news broke that Dean McDermott had cheated while filming “Chopped: Canada” this past winter, the reality star’s weight really plummeted. Spelling had no desire to hide her shrinking frame, though. Instead of covering up with baggy clothes, she went about her business in tight jeans and a cropped top. We think she might really like the attention – the only thing worse than being talked about is not being talked about, in her eyes! 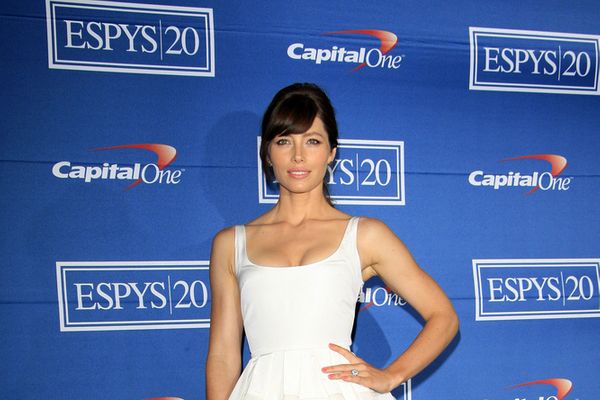