Fashion has always been cyclical in nature and many popular trends from our past decades have resurfaced and renewed themselves in recent years. In 2017 we’ve seen the return of vintage Levi’s jeans, choker necklaces, oversized windbreakers in neon colors and even tinted sunglasses! Despite these returning trends, there are a few looks that celebrities have rocked in the ’90s that we truly hope stay in the decade they came from. Whether it’s Mariah Carey’s crochet mini dress or N’Sync’s vinyl trench coats, follow along for 10 of the worst celebrity outfits and trends from the ’90s:

Christina Aguilera was known for her out of the box fashion ensembles back during her peak pop star days in the ’90s. Her tendency to be adventurous definitely landed her on quite a few worst dressed lists and this pink frothy ensemble was absolutely one of those misses. Not only is a Las Vegas graphic tee unsuitable for a red carpet event, but the fringe detailing adds extra tackiness. Her skirt is slung low on her hips which creates unflattering proportions and the texture and drawstring detailing makes for an unsightly red carpet moment.

The Spice Girls made huge waves in the entertainment industry in the ’90s with their girl power vibes and empowering personas. Although much of their fashion was enviable and risk-taking, these pop stars definitely had their fair share of questionable outfit choices as well. The chunky sneakers and teal tracksuit combo that Mel C is wearing is definitely an odd choice of outfit for any place outside the gym, and Mel B’s puffy metallic vest is highly questionable as well.

Alicia Silverstone was every fashionista’s inspiration during her days as golden girl Cher on Clueless. Cher’s matching plaid mini and blazer, pink-everything and blonde tresses made her the ultimate it-girl when it came to style. Alicia Silverstone, however, proved to be quite different! Rather than being uber girly and glam like Cher, Silverstone remained more minimalist and masculine. Although we don’t mind this crisp tailored power suit she rocked in the ’90s, the dubious wide-brimmed hat she wore left us seriously missing Silverstone’s on-screen style!

Jennifer Aniston has always remained one of America’s sweethearts ever since her debut as girl-next-door Rachel Greene on Friends! Her style was sophisticated, girly and seemingly timeless as we’ve seen a lot of her classic styles reemerge in 2017. Although her wardrobe was enviable by women everywhere, that doesn’t mean she survived the ’90s without a few worst-dressed looks as well. Aniston is no newbie to the little black dress, but this particular look was quite unflattering on the actress. The top looked more like a piece of cloth wrapped awkwardly around her body and the skirt was too voluminous and low-cut for her petite frame!

Sarah Jessica Parker was the queen of fashion during the ’90s when she took the streets of New York as socialite Carrie Bradshaw. Her bold looks inspired women everywhere to take chances with their fashion, but that’s not to say that she went without a few looks that were more risky than rewarding! This embellished ensemble was slightly too theatrical for the red carpet and the harem pants and sparkly jacket looked awkward on top of her metallic-bra top. We would have much preferred to see this fashion queen wearing something a little more classy and a lot less revealing!

Courteney Cox was another ’90s golden girl who made everyone feel like her best friend when she played the eccentric and hilarious character Monica Geller on Friends. Although Monica’s style on the show remained quite simple and casual, Cox’s red carpet fashion proved to be much different. Her red streaked hair was a far cry from Monica’s prim and polished style and her beige silk dress and sheer cardigan seemed much more like lingerie than a respectable red carpet look!

Popstar Mariah Carey definitely hit her peak in the ’90s and so did her style! The talented star’s fashion sense was the epitome of a diva — it was dramatic, glamorous and distinct, but this crochet garment was definitely not any of the above. The chocolate brown color washed out the star’s bronze complexion and the crochet detailing was too casual and would be much better suited on a pair of mittens than a red carpet dress! Try again, Mariah!

Country all star Shania Twain is definitely not remembered fondly for her fashion sense and had quite a few awkward style moments back in the day! The velour turtleneck gown she wore to the Billboard Music Awards definitely proves that Shania has grown a lot in her fashion to the mature and simplistic style she rocks in 2017. The odd metallic quality of the dress was highly distracting and the cape detailing along with the high-neckline are quite unflattering. Her hair was pulled back in an awkward Cinderella-style headband and this entire look still has us puzzled decades later.

Not only did the women of the ’90s have some questionable fashion choices, but so did the men in pop culture! Timberlake himself has even apologized for their appalling coordinated attire. “Anytime you can do dancing from the ’90s — wonderful — but, there was a lot of questionable attire. And, I think [*NSYNC] may have been responsible for, like, 90 percent of it in that decade. So, sorry.” These coordinating space suits are definitely one of the worst looks they came up with during their days in the spotlight, but there were so many awful ones it was difficult to pick just one!

No one can forget the time that pop stars Justin Timberlake and Britney Spears showed up at the American Music Awards wearing truly iconic denim-on-denim ensembles. The pop princess and prince coordinated their denim right down to their hats and purses. Britney dolled up the blue-hue with a chunky diamond choker, hip-hugging belt and bangle. Although this matching look is truly awful, it also became iconic and a ’90s fashion moment that will be always be ingrained in our memories! 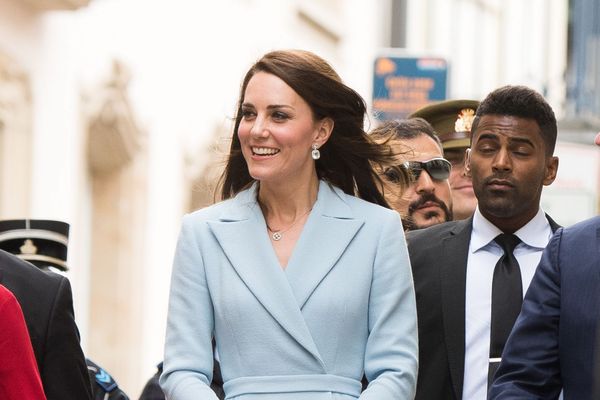 Celebrity-Inspired Fashion Tips To Help You Look Your Best