When it comes to fashion in Hollywood, some stars just stand out! Stars like Nicole Richie, Jessica Alba and Kate Hudson are considered seasoned fashion experts but, when it comes to the younger stars, who stands out as the next-generation style icons? We have a list of 16 young up and coming Hollywood fashionistas!

Sixteen-year-old Chloe Grace Moretz is quickly establishing herself as a style icon. She’s already shown that she’s not one to shy away from edgier designs (designs that you would expect on someone at least ten years older than her) and she easily swings from elegant to edgy on the red carpet – something not many young stars can pull off.

Willow Smith is only 13-years-old and she obviously moves to the beat of her own drum, which is awesome! Her fashion is edgier than most celebrities and she often looks like a little rockstar. During a photo-shoot for V magazine, she described her sense of style as “unpredictable, unique and cutting-edge” and we couldn’t agree more!

It turns out that Camilla Belle’s mother was a fashion designer when she was growing up, so it makes perfect sense that she has an excellent sense of fashion herself. According to the stylista, she likes cotton dresses because they can be dressed up or down with jewelry and accessories.

Dakota Fanning has grown up in the public eye. We have watched her grow professionally and we’ve witnessed her style evolution as well. While she used to sport little Cinderella gowns at movie premieres, she now dons elegant, couture instead. When it comes to cocktail dresses, Fanning rocks them like no one else.

According to the “Vampire Diaries” actress, fashion is her hobby and it makes perfect sense. She looks dazzling on the red carpet and she isn’t afraid to experiment when it comes to street style either. From cute mini-dresses to jeans and tees, this up-and-coming fashionista knows what she’s doing when it comes to defining her style.

Kendall Jenner is only 18-years-old but she’s already style icon in her own right. In 2011, Seventeen magazine chose Kendall and her sister Kylie as style ambassadors for the magazine. With her sister, she designs and inspires clothing for their line called “Kendall & Kylie,” which is available at PacSun.

Kylie Jenner, like her sister Kendall, is a budding fashion icon. With all of their family’s reality shows, these two have a lot of influence style-wise – everyone wants to know more about their fashion! Kylie told Teen Vogue that her style is edgier than Kendall’s and that she prefers “leather and black and dark colors.” We think she definitely takes more risks than her sister – and those risks are sure to pay off!

When Elizabeth Olsen first began her career, she experienced serious difficulties choosing outfits. With the help of a stylist; however, she now rocks the red carpet like it is nobody’s business! When she is not on the red carpet, Olsen often looks effortlessly chic with her casual, boho-inspired outfits.

Dakota Fanning’s little sister, Elle, is more of a leader than a follower when it comes to fashion. At 15, she is already a budding fashionista who is willing to experiment. She’s known for taking feminine pieces and pairing them with funky accessories for an effortlessly awesome look.

When it comes to her sense of style, Emma Roberts generally likes to play it safe, which isn’t always a bad thing. The rising star obviously knows what works for her figure and she always looks chic! Whether she is in an evening gown, a cocktail dress or a mini skirt, the “Valentines’ Day” actress looks incredibly stylish.

Blake Lively – who has openly admitted that she does not use a stylist – has a great sense of style and she has had to work for it! When she first began gracing red carpets as a young actress, she didn’t quite know how to dress her body; however, after her stint on “Gossip Girl,” Lively has a much better sense of what looks good on her. Whether she’s walking the streets of New York or socializing at the Met Ball, she looks confident, stunning and stylish.

Lily Collins is not only exquisitely beautiful, but she is also incredibly fashionable. With her petite stature and striking facial features, she looks good in pretty much anything! It turns out that this budding style icon doesn’t rely on designers to dress her – which is incredibly impressive, if you ask us!

Sarah Hyland is fast becoming a style icon both on and off the red carpet. She’s only 23-years old and she already knows what looks good on her body and how to accessorize tastefully. On the red carpet, this “Modern Family” star knows how to do glam and, when she is just hanging out, her style is casual but chic.

When it comes to boys, Selena doesn’t have the best taste; however, when it comes to fashion, she knows what she’s doing! She has become quite the style icon in her few years in Hollywood, sporting plunging necklines, sharp tailoring and striking accessories. Whether she’s walking down a red carpet or down a street in Los Angeles, she knows exactly how to dress her body and how to accessorize tastefully.

Emma Watson first hit the red carpet when she was only 14 years old. Over the years, her style has gone from girly to sophisticated. The 23-year-old actress was the face of Burberry’s Autumn/Winter 2009 campaign and their 2010 Spring/Summer campaign and, in 2011, Watson was awarded the Style Icon award from British Elle by Dame Vivienne Wood. Impressive! 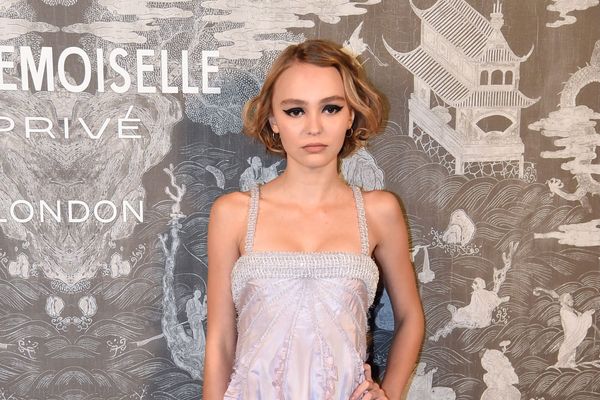