9 Celebrities Who Rock The Best Ombre

The ombre hair trend is hot right now and celebrities have been all over it for a few years. From soft to bold colored tips, celebrities have tried everything, some with more success than others. This trend is great because it allows celebrities to incorporate their natural hair color and highlight the ends of their hair. We decided it would be fun to see which celebrities rocked this trend best. We definitely have some favorites and we are interested to see which are yours. Here is our list of the 9 celebrities who totally owned the ombre hairstyle!

Sarah Jessica Parker – who is best known for her role as the fashionable Carrie Bradshaw on “Sex and the City” – has some of the best hair in Hollywood. While we did get used to her as a blonde, we were pretty thrilled when she traded the highlights in for the ombre. With brown roots and light colored tips, we think she looks amazing. The ombre is great on her because it lets her look natural but, at the same time, effortlessly chic.

Like her older half sister Khloe Karadashian, Kylie Jenner has been all over the ombre trend. She has had everything from bleach blonde tips to blue green tips. We prefer when she dip dyes her hair a more natural looking blonde like she had at the American Music Awards. The reality TV star is looking a lot more processed these days. With her swollen lips and blue-green hair, she has us a bit worried!

Rachel Bilson – who happens to be one of the most fashionable stars in Hollywood – has also experimented with the ombre. The “Hart of Dixie” star has some seriously beautiful hair, which has been made more beautiful thanks to her dip-dyed tips. Whether her hair is straight or wavy, we love the ombre on her. It warms up her face while still giving her a natural look. We hope she continues to be this trendy once her child is born!

Drew Barrymore has been all over the ombre hair trend for a while. Unlike some other celebrities, she goes for a really bleached look and she doesn’t just go after the tips. This isn’t our favorite ombre because half of her hair has been seriously compromised thanks to the excessive bleaching, but it shows you that there are various ways to rock the look. If the former wild child would go for more honey-colored tips, we think it would look more chic.

When it comes to her hair, Vanessa Hudgens likes to take risks. She has been all over the ombre hair trend for quite some time now and, we must say, it looks really good on her. The “High School Musical” star proved just how much of a risk taker she is when she showed up at the Superstars for Hope event with her dip-dyed hair in a funky braid that was pinned to her head. We really like the ombre crown braid – it is super chic and fun.

Audrina Patridge ditched her blonde highlights for the ombre a few years ago. We think she looks way more natural with brown hair and blonde tips as opposed to the over processed blonde hair she had. The former member of “The Hills” cast reportedly missed being a brunette and felt like there were already too many blondes in Los Angeles. We personally think Patridge is one celebrity who can rock the ombre really well.

Jessica Alba is another celebrity who has been all over the ombre hair trend. We much prefer the dark roots with the honey colored tips on her. In the past, she has seemed to favor really blonde hair, which doesn’t look especially good with her skin tone. The ombre lets her experiment with darker colors while at the same time allowing her to play with highlights. We really hope she keeps the ombre – it looks so good on her!

Olivia Wilde knows how to rock the ombre. We still remember the days when she was platinum blonde. It took her a few years, but she finally opted for a darker hair color. Now, with the ombre, she gets to play with both tones! We like it on her for the same reason that we like it on most celebrities – it lets her have a base that is closer in color to what she is naturally, but it also lets her have some fun by dying the tips blonde.

Khloe Kardashian is the ombre queen. No other celebrity looks as good with ombre locks as our favorite reality TV star. While she has experimented a lot with color over the last couple of years, we prefer when she goes for a more natural blend like she has in this photo. The Kardashian sisters are known for having some of the best hair in Hollywood, but we think Khloe has nicer hair than either of her sisters. 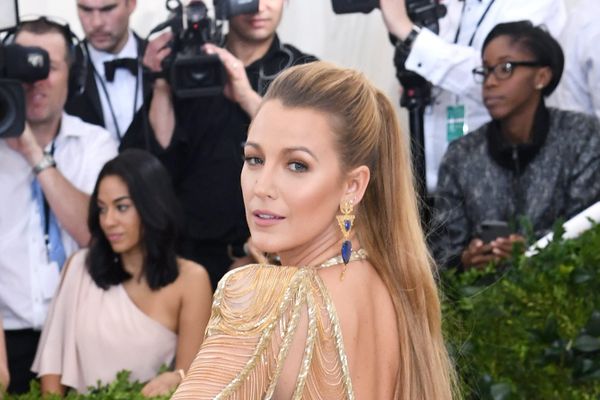