Lucy Hale loves to switch things up with her hair. Back in 2012, she went blonde and, in 2017, she went for something even more dramatic when she cut her lob into a bob and then dyed it a dark, dark brown. She still looks really beautiful, but then again, she looks good no matter what she does with her hair.

Pamela Anderson has had the same hairstyle for years, which is why it was so shocking in 2014 when she debuted a short pixie style haircut. It looked good, but she didn’t keep it for long and quickly began growing it out. It was such a shame. Someone needs to tell her that she can still be a bombshell with short hair!

Scarlett Johansson was known for her long locks, but in 2014, she made a major change and dyed it blonde and got a short crop cut. It was definitely edgier than her previous hairstyle and, with her face, she can rock anything, but there was something nice about her long hair.

Jared Leto used to be so clean cut and then he started growing his hair out, which was totally unfortunate because he had been so cute. One of Leto’s most dramatic hair makeovers was when he bleached his hair and dyed his mohawk magenta. He still looked good, but he looked much better with his short brown hair.

Katy Perry is a risk-taker when it comes to her hair. She’s had platinum hair, purple hair, blue hair, pink hair and green hair and, each and every time that she’s changed her hair, she’s always looked great. She recently took it one step further by cutting her hair into super short pixie, which doesn’t really suit her. She definitely looks better with more length.

When it comes to his hair, Adam Levine is not really that adventurous so, when he bleached his hair blonde back in 2014, it was pretty shocking. He kind of looked like Billy Idol! His fans weren’t that into it and they took to Twitter to voice their outrage. Levine didn’t learn his lesson though – he dyed his hair blonde again this year!

Since her breakup with Robert Pattinson, Kristen Stewart has been changing her hairstyles semi frequently. We all know her from her Twilight days when she had long brown hair, but in 2014, she got herself an asymmetrical crop cut, which really suited her. Since then she’s gone blonde and just recently she took it one step further and shaved all of her hair off! While we definitely prefer her with hair, she doesn’t look that bad without it!

Back in 2012, Miley Cyrus got rid of her shoulder length hair in favor of a platinum blonde asymmetrical pixie. She loved her new hairstyle and claimed that she never felt more like herself before; however, given how dramatic the change was, not all of her fans were immediately on board and voiced their discontent on Twitter. After many years of sporting the platinum blonde crop, Cyrus is finally growing out her hair again.

Victoria Beckham has always been a bit adventurous when it comes to her hair. During the late ‘90s, she had a cute crop cut, but she grew it out and kept it long – until 2006 when she chopped it off into an inverted bob. While that cut was dramatic, she took it one step further in September 2008 when she cut the bob into a cute little pixie. This hairstyle definitely suited Posh – it highlighted her amazing bone structure. 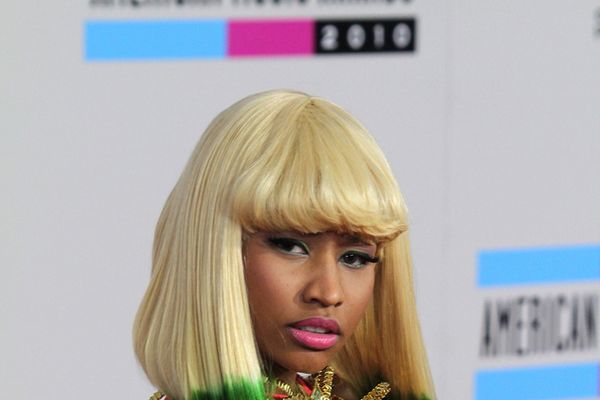 9 Celebrity Hairstyles Everyone Should Avoid