The 2019 BAFTA Awards had quite a bold and experimental lineup of red carpet dresses this year! When it comes to awards shows, we typically have a few stars in mind that we have high expectations for, so when they step out on the red carpet wearing something we weren’t expecting it can be a little disappointing. This year we saw everything from ruffles to sheer detailing and even a few unexpected patterns. Follow along as we recap all the most disappointing looks for this year’s 2019 BAFTA Awards:

Tatiana Korsakova stepped out in a pink and white ruffled gown at this year’s BAFTA Awards. We admittedly weren’t the biggest fans of this look and found that the ruffle along the neckline felt a little overwhelming.

YouTube star Tanya Burr stepped onto the BAFTAs red carpet wearing a sparkly sheer ensemble that bared a lot of skin. We love Tanya, but this look seemed a little unnecessarily revealing which was disappointing.

We were quite confused and disappointed by this yellow-and-black look worn by Lucy Boynton at the BAFTA Awards this year. The look featured a bizarre pattern on the skirt as well as a strange feather neckline that didn’t quite seem to flow together.

Edith Bowman wore a highly questionable look to this year’s BAFTA Awards that landed her on quite a few worst-dressed lists. It featured a strange light pink doily print in contrast with a black bodice that featured an embellished flower pot. To make matters worse, the look featured black gloves and strange white lace around the neck and sleeves.

Cate Blanchett opted for a black dress with a dramatic gemstone design on the chest for the BAFTAs this year. While we love a strong little black dress on the red carpet, we’re not sure the gemstone details of this look made a statement in the right way since they seemed to overpower the look.

As much as we love Viola Davis as an actress, we have to admit we were a little disappointed with her ensemble for this year’s BAFTAs. The black dress was undeniably sleek, but the oversized white bow detail along the chest seemed to detract from the dress.

We have to admit we didn’t love the dress worn by Rachel Weisz at this year’s BAFTA Awards. A common fashion faux pas this year at the BAFTAs was large ruffles that overpowered the dress, and this was, unfortunately, the case with this look worn by Weisz. All the tiers and frilly ruffles made this look feel more like a costume than a red carpet look.

Laura Harrier opted for a long-sleeve orange dress for this year’s BAFTA Awards that we felt somewhat underwhelmed by. Harrier has nailed all her red carpet looks so far this year, so we had high expectations for her BAFTA look. Unfortunately, this dress felt somewhat lackluster in comparison.

Rachel Brosnahan almost had a winning red carpet look for this year’s BAFTA Awards, except for one detail detracted from her look –the oversized bow on the front! It felt unnecessary and took away from the stunning emerald satin dress, which is why we were quite let down by this look.

Of all the BAFTA looks this year, the most disappointing was Margot Robbie’s dress. We had high expectations for Margot Robbie’s look at the BAFTAs, but we have to admit we weren’t the biggest fans. The ruffles on this dress seemed to resemble wings and simply felt like too much, especially in combination with all the glitter of the bodice. 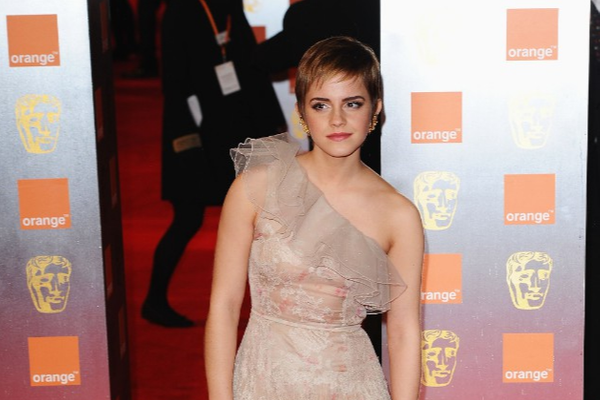