On Wednesday, June 8, stars — and not just country ones — all converged on the Bridgestone Arena in Nashville, Tennessee for the 2016 CMT Music Awards. Upon arrival, they all showed off their unique styles on the pink carpet, and as always, there was a wide array of award show fashion, and as always some were hits, and others were misses. Country music has never been about the dramatic ball gowns, which means styles ranged from casual to dressy and everything in between! We narrowed it down to three of the best and three of the worst looks of the night. Check it out:

It is just not clear what has been happening with Nicole Kidman’s style choices for big events lately. The stunning actress is always on hand to support her husband Keith Urban as he dominates the country music scene, but unfortunately her fashion choice could just be so much better. For the CMT Music Awards, Kidman chose a black sequin Michael Kors Collection dress, and it did not do her justice. The dress had no shape and the “car wash skirt” trend is just not a flattering look. The matching neck scarf was also awkward, and the look was just not a highlight of the night.

Maren Morris really broke out in the country music scene with her recent massive hit “My Church” and she continues to wow, this time on the pink carpet. The 26-year-old opted for a simple yet gorgeous ivory asymmetrical Zimmerman dress. She complemented the look with strappy Giuseppe Xanotti metallic sandals and perfectly tousled waves in her hair.

By now it is clear that Sam Hunt is in no way going to conform to country standards or to general red carpet fashion standards either, which is just fine, but also a little disappointing. We know he looks good in pretty much anything thanks to his tall athletic physique and heart-stopping smile, but his actual fashion choices just don’t cut it. His wildly printed shirt just did not fit the bill for awards night.

Former One Tree Hill and Agent Carter star Chad Michael Murray cleans up really nice as he proved on the pink carpet. The handsome star is diving head first into the country world thanks to his newest role for CMT’s new show Million Dollar Quartet which he is starring in as Sam Phillips. He stood out for all the right reasons before he headed to the stage to present wearing a perfectly tailored three piece suit, offering a pop of color with his blue tie.

We are so happy Jamie Lynn Spears is ready to make her return to the spotlight with her upcoming documentary, but she needs to make more of a statement at events. The former Nickelodeon star can do way better than her glittery green romper that she chose as her outfit for the big night. She looked cute with her long blonde hair in side-swept waves, but just much too casual for an awards show.

Carrie Underwood is just on a roll. At almost every event recently she has landed at the top of best dressed lists and it isn’t hard to see why. The gorgeous singer has no problem taking risks with her fashion and it almost always pays off. She absolutely stole the show with her floral print and abstract Mikael D dress with a thigh high slit. She pulled the look together with some waves in her blonde bob as well as Jimmy Choo shoes and perfectly matched pink lips. 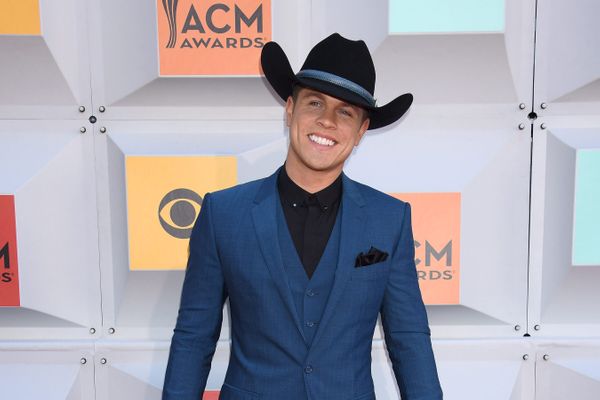