When it comes to her fashion and her hair, Rihanna likes to take risks. She isn’t really into the status quo; however, she does like to doll herself up and feel sexy. Since she first landed on the scene with her debut song “Pon de Replay,” she has been a pioneer with her various hairstyles. She likes to play with different cuts and colors, sometimes debuting numerous new styles in a single year. We really think that she is one of the few stars out there who is absolutely fearless with her hair. Because of this, we decided to take a look at her evolution!

It has been years since Rihanna looked this fresh-faced and innocent. Back in 2005, she looked like an ordinary teenager. She had a simple layered haircut with side-swept bangs. Her clothes were also pretty ordinary, as was her makeup. Without the crazy hair and fashion, she’s pretty darn cute!

Rihanna’s career was really starting to take off in 2005, after Def Jam Records had signed her the year before. Her single “Pon de Replay” charted successfully worldwide, reaching the top five in fifteen countries. Her debut album Music of the Sun sold over two million copies and she then went on tour with Gwen Stefani. Rolling Stone magazine gave the album two and a half out of five stars, calling it “a seductive mix of big-voiced R&B and souped-up island riddims – what Beyoncé might have sounded like if she had grown up in the West Indies and skipped the whole Destiny’s Child thing.”

Only a year later, Rihanna totally changed her hair and her style. It looks like she got some extensions and a really good hair straightener. We’re not sure that she had enough time to grow her shoulder-length hair to her waist. The last time we saw her she was looking really cute. This time, she was definitely going for a more glammed up, mature look. She was still pretty young but, like all young pop singers, she wanted to be seen as sexy.

The “Pon de Replay” singer had recently released her sophomore album, A Girl Like Me. The album was a commercial success and charted in the top ten in thirteen countries; however, it received mixed reviews. Dan Charnas of The Washington Post gave it a positive review: “Sophomore slump avoided, Rihanna actually digs into some ambitious pop ballads.” However, Kelefa Sanneh of The New York Times wasn’t quite so nice. Apart from “SOS,” “Unfaithful” and “Break It Off,” he thought that the album was “full of duds.”

In 2007, Rihanna changed her look yet again. She traded in her waist-length hair for an edgy asymmetrical bob. We think that this is one of her best hairstyles yet. It’s choppy and totally rebellious – just like her. We don’t expect her to commit to this hairstyle though!

Around this same time, she debuted her new sound as well. Her single “Umbrella” was way edgier than anything that was on her first two albums. “It shows such growth for her as an artist,” Jay-Z told American Press. “If you listen to the lyrics to that song, you know the depth and how far she’s come.” Soon after, Rihanna released her third album Good Girl Gone Bad, which showed everyone just how far she had come. “Good Girl Gone Bad was an expression of where I am at this point in my life, where I am in my career. It just represents my rebelliousness,” she told Entertainment Weekly. It sure did!

We knew Rihanna wouldn’t keep the asymmetrical bob for long! At the Nickelodeon’s 21st Annual Kids’ Choice Awards, she debuted this layered crop with a sweeping fringe. Who knew that she would look so pretty with such short hair! Not just anyone can pull off a hairstyle like this; however, we think Rihanna has the right kind of face for it to be it a hit.

2008 was a good year for the R&B singer. She performed “Umbrella” and “Don’t Stop the Music” at the Grammy’s that year and she took home the award for Best Rap/Sung Collaboration with Jay-Z for her song “Umbrella.” That same year, she also started dating Chris Brown. “He’s one of my closest friends in the industry,” she told Allure magazine about their relationship. “He makes me feel like a teenager. I have to act and think like an adult so much. He makes me feel young again.”

In Store Appearance to Promote Her Album Rated R – 2009

Rihanna went for an even edgier look in 2010. She began sporting this dramatic hairstyle, which featured shorter hair on one side and an undercut on the other. At one point, she shaved both sides of her head, but kept the hair long on top, kind of like what one would see with a mohawk. While we do give her props for doing what many other celebrities won’t, we do prefer the bob or the crop cut that she used to have.

In 2009, Rihanan’s perfect world came crashing down. The night before the Grammy Awards, she was found beaten after having had a heated argument with Brown in his car. He was charged with two felonies as a result, one for assault and the other for making criminal threats. He received five years probation as a result and was ordered to stay fifty yards away from Rihanna, except at public events – then it was reduced to ten yards.

Rihanna got some hair extensions and died her hair red in 2010. It looks almost like a wig, but it’s not! According to her hair stylist, she dyed the hair extensions and then bonded them onto her actual hair. According to the “Umbrella” singer, she likes pioneering new hairstyles and she wasn’t allowed to do this earlier on in her career. “In the beginning of my career, it was really strict for me. I couldn’t wear pink or red lipstick; it was just bizarre. We had a young fan base, and they were trying to keep me fresh. But I just really wanted to be myself. I wanted to be sassy, the attitude, all these things that I am,” she told Glamour magazine.

Changing her hairstyle this frequently has got to be expensive. Her hairstylist reportedly costs $3,300 a day. Maybe she needs to learn to stick to just one hairstyle. But what would be the fun in that?

The “Shut Up and Drive” singer got rid of all of her extensions and went back to basics with this ridiculously beautiful pixie cut. Short hair just works on her. She has these delicate little features and just the right amount of sass to make this type of hairstyle work. Also, we’re glad she traded in the red for a nice dark color. Something tells us that she’ll get bored of this style fast and throw back on some hair extensions.

Over the three years after the assault, Rihanna opened up to Oprah about her relationship with Chris Brown. She admitted that she still loved him. “I truly love him,” she said. “And the main thing for me is that he is at peace. I’m not at peace if he is unhappy or he is still lonely. I care. It actually matters that he finds peace.” Later that year, the two got back together; however, they didn’t confirm anything until 2013.

Rihanna clearly went back to the hair extensions; however, she’s done something a little different with them this time. We love her big bouncy curls and we think the caramel highlights are a great contrast with the darker base. Not too long after this, she decided to shave part of her head again. She loves to be edgy almost as much as she loves to be beautiful.

Rihanna was back together with Chris Brown at this point, much to everyone’s horror and dismay. While she seemed to have forgiven him, no one else had at that point. “I decided it was more important for me to be happy and I wasn’t going to let anybody’s opinion get in the way of that,” she told Rolling Stone magazine. “We value each other. We know exactly what we have now, and we don’t want to lose that.” Not long after this, they broke up again.

The “SOS” singer went for sleek and sexy at the First Annual Diamond Ball. She kept the hair extensions in and straightened them, which produced great results. When she’s all glammed up like this, we have trouble understanding why she shaves part of her head. Sure, it is trendy right now, but there are so many other things she could do with her hair that actually look nice.

After breaking up with Chris Brown, Rihanna wasted no time finding a guy that would treat her well. She and Drake have had an on-again, off-again thing going for years. Ever since she broke up with Chris Brown the first time around, she and the rapper have been hooking up on a casual basis. He’s always had it bad for Rihanna; however, she seems to have trouble committing. We blame Brown for this. Their tumultuous on-off relationship has probably given her commitment issues. 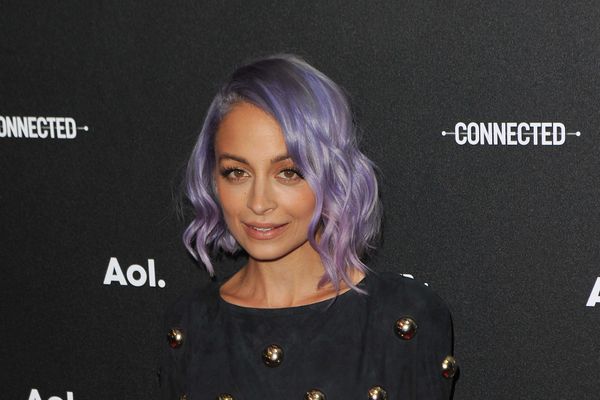