We already took you through the worst dressed celebrities of 2014, so now we’re ready for the best dressed. We have quite the list for you! Some of these ladies have been making fashion history for years while others have just started to make some of the best style choices of their careers. As we say, it’s never too late to become fashionable, so we’re glad some of these celebrities have finally found their way. We’re really excited for award seasons this coming year. Most of these ladies will be on the red carpet strutting their stuff. Here are Fame10’s pick for the best dressed celebrities of 2015!

At the age of 24, Taylor Swift is already a style icon. This has really been her year fashion-wise. There have been a couple of missteps along the way but, overall, she’s by far the most improved. While she still does wear, on occasion, a sequined dress, she has totally graduated to a more sophisticated style that really draws attention to her long, svelte shape. Swift has the type of figure that would allow her to be a model.

Not only has Swift totally transformed her style this year, she has also changed the course of her career. For a while there, she was dabbling in the country music world and the pop music world. Not anymore! She totally gave up her country-singing career to become a full-fledged pop star. This included outing Katy Perry for meangirling her. Swift may be a stylish pop star now, but she’s still catty like a middle schooler.

When Blake Lively gets it right on the red carpet, she totally hits it out of the ballpark. She’s been doing that a lot this year. She apparently doesn’t even have a stylist; however, you’d never know it by looking at her various event ensembles. The woman understands fashion and she knows what works on her and what doesn’t. The former “Gossip Girl” star has a body that was made for high fashion – even if some of it was surgically enhanced.

This year, Lively has been having an excellent year in fashion. Before she announced her pregnancy, she rocked a number of awe-inspiring gowns that highlighted her long and lean physique. After announcing that she was with child, she continued with the fashionable ensembles, only now she highlights her growing baby bump. No one in Hollywood does fashion quite like Lively. We can’t wait to see what she does next on the red carpet!

When left entirely to her own devices, Jennifer Lawrence isn’t especially fashionable; however, when she’s teamed up with stylist Rachel Zoe, she is a total hit on the red carpet. This year has been a particularly good year for the “The Hunger Games” star fashion-wise. She’s had a lot of events to attend to promote “Mockingjay” and she did it all in style.

Zoe has nothing but praise for Lawrence. “She’s so young, but let me tell you, she’s an old soul and a beautiful spirit and she’s obviously an extraordinary talent and we have so much fun working together. We had a fitting right before I left [for Sydney]. She’s so fun to dress, she loves fashion. It’s always great when you end up working with a client that is talented but also just is very smart, savvy and very down to earth,” she told Vogue. Who knew that the rising star loved fashion so much!

Reese Witherspoon is having a career renaissance, as well as a fashion rebirth. After her Oscar-winning role in “Walk the Line,” her career has done anything but thrive. She has starred in a number of unmemorable films that were probably only good for a paycheck. This year, all that changed. She has had roles in a number of Oscar-worthy films, including “Wild” and “The Good Lie.” The former has earned her a Screen Actors Guild Award nomination and a Golden Globe nod.

With her career booming, Witherspoon has finally started dressing like an A-list star again. We don’t know who’s styling her, but this person is doing a fantastic job. Whether she’s rocking a white, strapless cocktail dress or a vibrant blue mini dress, she looks effortlessly chic. If she doesn’t get an Oscar for her performance in “Wild,” she at least deserves an award for dressing the part of an award-winning star.

Keira Knightley has some of the best fashion sense in Hollywood. Every year, she stuns on the red carpet and 2014 was no exception. She has attended numerous events looking every bit the movie star that she is. Now that she is with child, we definitely expect her fashion to change. She’s going to have to say goodbye to the figure-hugging dresses until after she gives birth. We have no doubt, however, that she will have some of the best pregnancy style in the business.

This awards season, we are expecting to see a lot of Knightley. So far, she has been nominated for a Screen Actors Guild Award and a Golden Globe for Best Supporting Actress. The Academy Award nominations haven’t been announced yet, but she has a pretty good shot of receiving a Best Supporting Actress nomination. We really can’t wait to see what she wears on the red carpet in the coming months!

Kate Hudson has never struggled with being stylish on the red carpet. She has the perfect body for fashion and she knows a good dress when she sees one. This year, she has kept up the good work. It doesn’t matter whether she’s wearing a gown or a cocktail dress – this Academy Award-nominated actress always stands out and we love her for it.

When it comes to love, Hudson has proven herself to be a bit unpredictable. After her marriage to Chris Robinson ended, she spent a few years hopping from man to man. We all thought that she had finally settled down when she hooked up with Matt Bellamy. She had his child and then they got engaged. It doesn’t look like it was meant to be though. They recently announced that they had broken up. Rumor has it that now she’s now hooking up with Derek Hough. She certainly moves fast!

Sienna Miller has always had a reputation for being pretty fearless when it comes to fashion. On the red carpet, she always liked to experiment. There were a number of years when this really worked for her; however, for a few years she seemed to lose her fashion mojo. Not to worry though – it is back with a vengeance!

Miller has had a really good year fashion-wise and career-wise. On the red carpet, she has been nailing it. She is bringing the glam in spades. She has finally outgrown the whole boho-chic thing and we definitely prefer what we see as her new, mature style. Her style isn’t the only thing that has matured. She has also managed to reinvent herself professionally. She is taking smaller parts in Oscar-baity films. She plays Mark Ruffalo’s character’s wife in “Foxcatcher” and Bradley Cooper’s character’s wife in “American Sniper.” She’s come a long way!

Diane Kruger has been killing it on the red carpet for years, so we’re not surprised that this year has been a great year for her style-wise. She has never really played it safe, which is why she’s had so much success. She is all about taking risks and this really separates her from her contemporaries. It certainly helps that she began her career as a model. Unlike many actresses, she can wear these eccentric dresses like it is nobody’s business.

It turns out that the German actress doesn’t use the services of a stylist. “I know it’s crazy to think it would be unusual for someone to dress themselves. But, so often in Hollywood, women have stylists and they all look the same,” she told mytheresa.com. “I did that too when I first started out. But then I’d see pictures and didn’t recognize myself. As my confidence grew as an actor and as a woman I started picking my own clothes. I don’t want to look like everybody else.”

Noami Watts has had an incredibly stylish year on the red carpet. To be fair, she has never really had an off year style-wise. With her figure and her amazing looks, all it really takes is a really lovely fitted dress and she’s good to go. She doesn’t do it all on her own, though. According to her, she gets some help from celebrity stylist Jeanann Williams. She helps dress Watts for success. “She’s got a boldness to her,” Watts said. “Sometimes she pushes me and I like that, and sometimes I say, ‘Oh, I don’t think I’d go that far,’ but it’s nice to have someone who gives you the courage to do it.”

Some of Williams other clients include Emily Mortimer, Marisa Tomei, Natalie Dormer and Suki Waterhouse. Mortimer is quite effusive about Williams’ talents as a stylist as well. “Jeanann is such a breath of fresh air. It’s rare to find people who are incredibly nice and make things effortless, and are also brilliant at what they do,” she told The New York Times.

Emma Stone has had a very good year. She’s been keeping busy professionally thanks to her roles in “The Amazing Spider-Man 2,” “Magic in the Moonlight” and “Birdman” and she has also been stunning us pretty consistently with her amazing sense style on the red carpet. To be fair, when she’s getting dolled up for an event, she gets some help from her celebrity stylist, Petra Flannery, who also styles Amy Adams, Zoe Saldana and Claire Danes.

We expect to see more of Flannery’s work during this coming year’s award season. Stone is up for a Screen Actors Guild Award and a Golden Globe for her performance in “Birdman.” Some speculate that she might actually be up for an Academy Award nomination as well. If that’s true, that means that we’ll be seeing a lot of the “Easy A” star in 2015. More events mean more opportunities for Stone to shine on the red carpet. 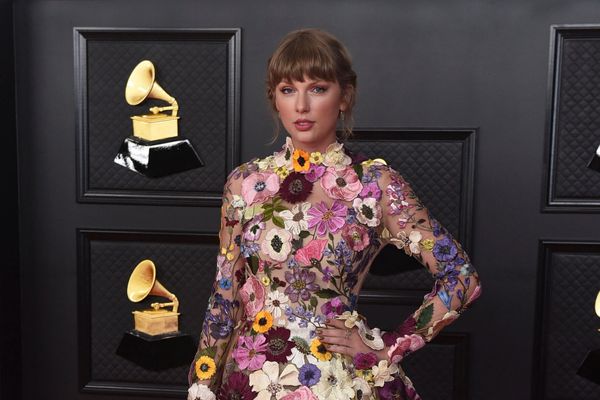