Jim Bob and Michelle Duggar rose their whole family to fame with the show 19 Kids and Counting, and now that they’re children are growing up and getting married, the family is getting even bigger.

Five months after getting hitched, the third daughter born to the family Jessa Duggar (Seewald), 22,  and her husband Ben Seewald, 20,  are expecting their first child Jessa announced in an Instagram picture on April 21.

The sweet picture shows the two newlyweds gazing at each other while holding Jessa’s stomach along with the caption “Ben and I are so excited to announce that we’re expecting a baby!!!! Due Nov. 1st! #BabySeewald @ben_seewald.” They followed that up with another adorable picture of the couple kissing in the background while a baby onesie on a clothesline hangs in front of them with “Coming Soon. 11.01.2015” written on it.

Not only is November 1st the due date for their little one, but it is also their first wedding anniversary, making the day even more special with Ben adding, “We are looking forward to being parents.”

They have also started discussing baby names which is a big deal for the Duggars as Jessa and all her siblings all have J names while her brother and his wife have gone with M names for their three (soon to be four) children. “We have started talking baby names. It is one of those things that is so special, picking a name for a baby,” the expectant parents told People magazine.

Jessa is the third Duggar to get married with her sister Jill just welcoming her first baby, Israel, with husband Derick Dillard. 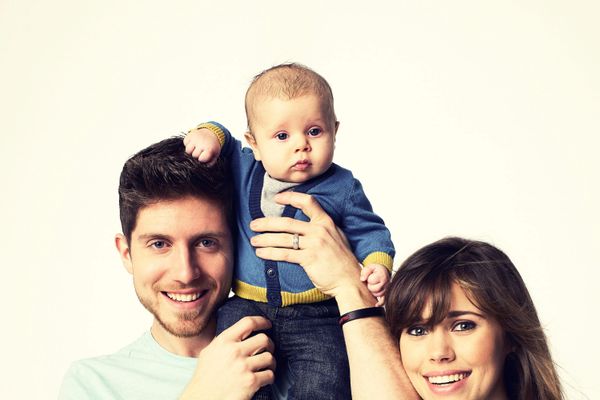