A ‘Buffy The Vampire Slayer’ Reboot Is Officially In The Works

Another beloved late ’90s series is getting a reboot!

According to multiple outlets, a reboot of the beloved supernatural drama Buffy the Vampire Slayer is officially in the works at 20th Century Fox Television, and what makes fans most excited is that original creator Joss Whedon is reportedly on board to be the executive producer.

While Whedon is returning, like all reboots, the rest is going to be a little different. The Hollywood Reporter states that the reboot will aim for a diversity and while the role has not been cast yet, a black actress will be stepping into Sarah Michelle Gellar’s iconic role as Buffy.

As of right now, most details about the reboot are not being revealed but a source told Entertainment Weekly that the new Buffy will  is being described as “contemporary” and “richly diverse.”

With no network currently tied to the project there is speculation that the reboot will land at Fox as the network’s Gary Newman was very open about wanting to bring the show back after the original aired from 1997 to 2003 and gained a huge fanbase. “I think if you look in our library, Buffy is probably the most ripe show we have for bringing back,” Newman said at the INTV Conference in March. “It’s something we talk about frequently, and Joss Whedon is really one of the greatest creators we ever worked with. When Joss decides it’s time, we’ll do it. And until Joss decides it’s time, it won’t happen.”

It seems like Joss Whedon, who directed the first two Avengers films, has finally decided it is time! 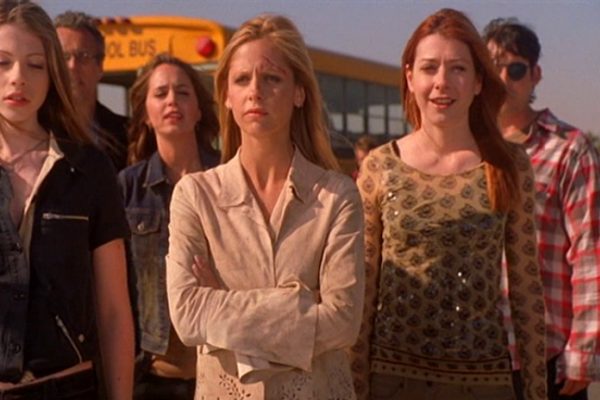 Most Memorable Episodes Of Buffy the Vampire Slayer