As everyone was coming off of the roller coaster season that was Colton Underwood’s time as The Bachelor in season 23, ABC wasted no time in announcing who would be stepping up as the lead for season 15 of The Bachelorette.

On “After The Final Rose” following Underwood’s finale, contestant Hannah Brown from his season was named the next Bachelorette after getting her heartbroken by Colton when he pursued Cassie Randolph.

ABC executive Rob Mills opened up about their choice among a pretty large list of contenders from Caelynn Miller-Keyes to Hannah Godwin also being in the running. “She just was somebody who came in and was really kind of great and had a very different energy that we’ve seen from a Bachelorette,” he explained to Variety. “It sort of goes back to Colton where he wasn’t the guy who got his heart put in a blender necessarily — he was certainly sad about Becca, and even the Tia situation, but he was just a guy who was still looking for someone. With Hannah B., I think her exit with Colton was really refreshing where she basically said, ‘I don’t want you to keep me around because I want someone who thinks I’m great and thinks of me and only wants me.’ That was kind of interesting. I think she also obviously has a fun side, which she showed.”

Mills added that it was a “five-way tie” for who they wanted as the next Bachelorette but added that he hopes those not chosen go on to Bachelor in Paradise. “Obviously we talked to every one in the final four. We also talked to Demi, as well. This season, especially, they were all such distinct personalities that they all really cut through. It was great to see such strong women this season,” he revealed.

Watch Hannah Brown as the next Bachelorette when season 15 premieres on Monday, May 13! 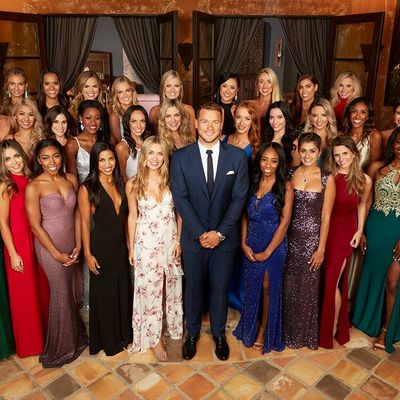