Milano and husband of five years, David Bugliari welcomed their daughter Elizabella back in September and now at 7 weeks old, Milano finally introduced her to the world.

In an extremely intimate Instagram snap, Milano posted a black and white picture of herself breastfeeding little Elizabella.

Along with the bold picture Milano shared the quote from writer Milan Kundera, “Ah, the joy of suckling! She lovingly watched the fishlike motions of the toothless mouth and she imagined that with her milk there flowed into her little son her deepest thoughts, concepts, and dreams.”

Milano’s picture comes among other celebrites speaking out about breastfeeding, as it has become a social issue with some people feeling offended when women breastfeed their children in public places.

David and Milano also have a three year old son, Milo, and it is because of her family the actress recently announced she will not be returning to the show Mistresses for it’s third season.

On her website she cited the set’s change in location as the reason she can no longer be a part of the show, “It’s with a heavy heart that I have decided that I can’t relocate. Being a mother and wife comes first and I just cannot uproot my children and separate the family by moving away.” 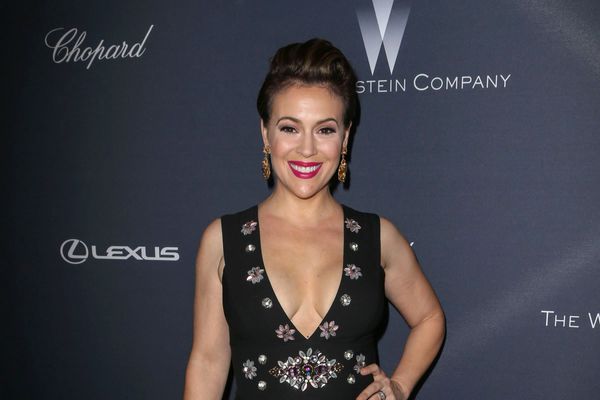