Amanda Bynes’ Mom, Lynn, Will Decide If She Can Get Married

Will Amanda Bynes be able to walk down the aisle soon? Apparently, tying the knot may not be her choice, due to her past struggles.

On Valentine’s Day, Bynes announced that she is engaged to the love of her life via an Instagram photo. The former Nickelodeon star shared a photo of her giant engagement ring on her left hand. She then later shared a photo of a man, who was identified as Paul Michael.

Yet, Bynes has battled with substance abuse and claimed she was bipolar. In November 2018, Bynes opened up about her struggles in an interview with Paper magazine. Months later, a source told Us Weekly that the “pressure of being back in the spotlight” after the interview was published caused a “setback” and Bynes decided to check herself back into rehab.

“Amanda’s not currently working. She doesn’t have friends. And her relationship with her parents continues to be a roller coaster,” an insider told Us Weekly. This being said, her mother, Lynn, is her conservator – and she has the final say on numerous things in Bynes’ life.

“As Amanda’s conservator, her mother has responsibility over her daughter’s decision-making, including whether or not to allow her to marry,” Neama Rahmani, president of West Coast Trial Lawyers, explained in the latest issue of Us Weekly. “If Amanda’s parents did not consent to the marriage, they can petition the court to annul the marriage on the basis of Amanda’s ‘unsound mind.’”

Furthermore, Bynes’ parents were not surprised by their daughter’s engagement. “Nothing Amanda does surprises them anymore,” a source said.

While details about Bynes’ fiancé are few, a source said that “he has a very dark personality” and is “very goth.” 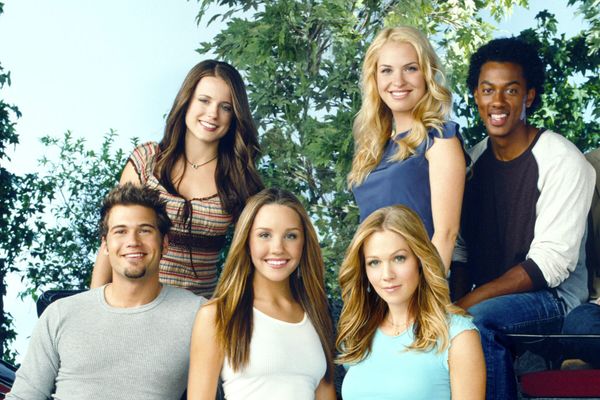 Cast Of ‘What I Like About You’: How Much Are They Worth Now?