In a shocking report just released from TMZ, Amber Heard arrived at court today with graphic evidence of Johnny Depp’s behavior during their marriage.

Accompanied by her lawyer Samantha Spector, Heard went to court to file a domestic violence restraining order against Depp. TMZ says Heard was seen with a bruise on her face, the result from Depp smashing his iPhone on her face. She brought a series of photographs that depict bruises from the incident, with a source from People saying, “This was not an isolated event. This was only the latest incident.” After being hit, Heard claims that Deep offered her money to stay quiet about the abuse. Instead, she went immediately to court on Monday morning to file for divorce. According to the source, “Amber did what she had to do to take care of herself.”

Heard and Depp are divorcing after only 15 months of marriage. A representative for Depp made a public statement on his behalf on Thursday that states, “Given the brevity of this marriage and the most recent and tragic loss of his mother, Johnny will not respond to any of the salacious false stories, gossip, misinformation and lies about his personal life. Hopefully the dissolution of this short marriage will be resolved quickly.” 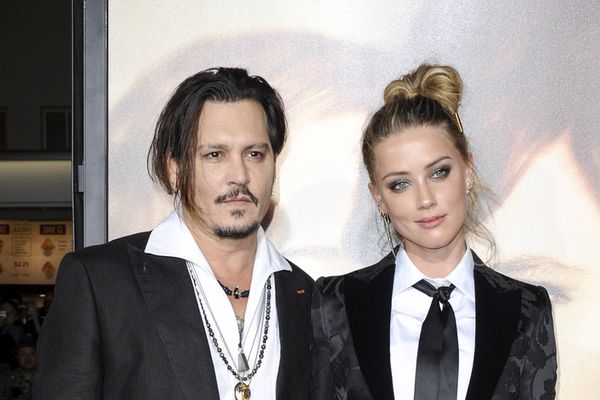