Anna Faris Confirms Engagement, Says She Wants To Officiate Her Own Wedding

On Tuesday night’s episode of The Late Late Show With James Corden, the 43-year-old actress revealed that she’s engaged to cinematographer Michael Barrett.

After Corden pointed out Faris’ yellow, cushion cut engagement ring, Faris shared that she’s already looking for someone to officiate her nuptials. She asked The Late Late Show host if he would like to audition for the role.

“Can you officiate a wedding? I would love it if you auditioned. If you came in and read,” Faris quipped. “I want somebody that’s humorous, that also brings heartfelt sentiment, that doesn’t talk too much about themselves.”

“Well, that’s a problem,” Corden answered. “I really strike out on all three of those.”

With Corden not being able to officiate Faris’ upcoming nuptials, the actress revealed that she would like to take on the responsibility herself.

“I could do it. I could!” Faris said of officiating her own ceremony. “I need a lot of attention, James.”

“I think as the bride, you get the most attention,” the host replied. “No one leaves a wedding going, ‘Oh, the officiator was on fire! It was incredible.'”

Attention then turned to fellow guest star Michael Peña, who believed he could be Faris’ officiate.

Rumors of Faris and Barrett were secretly engaged started circulating in November 2019, when the actress was spotted wearing a ring on her wedding ring finger out in public.

The engagement confirmation comes following her ex-husband Chris Pratt moving on and marrying Katherine Schwarzenegger last year. Despite Faris and Pratt’s relationship not working out, the pair have remained friends as they co-parent their son Jack and Faris was quick to congratulate Pratt and Schwarzenegger on their engagement in early 2019, writing,“I’m so happy for you both!! Congratulations!” 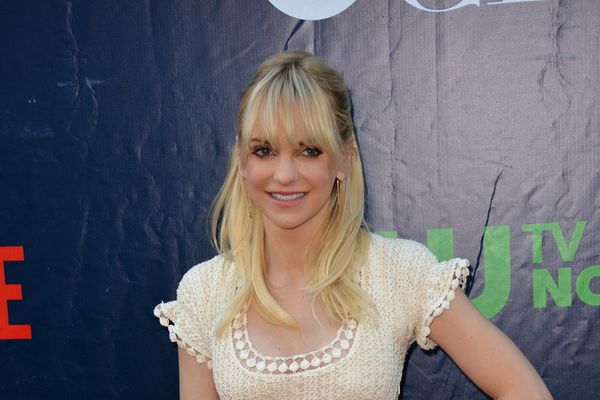