Are Rachel And Bryan Still Together And Engaged After The Bachelorette?

Well Bachelorette fans, things are really winding down this season, and after a quick succession of hometown dates, overnight dates and shocking eliminations this week fans will get a break with the Men Tell All episode.

Of course, fans are getting more and more anxious for Rachel Lindsay’s finale coming next week with two frontrunners still competing for her heart! For those who can’t wait for the upcoming finale episode, Reality Steve has provided all the behind-the-scenes details, right down to her final pick, and some fans might not be happy!

Since the beginning of the season, Peter Kraus has been a frontrunner, but in recent weeks there has been a lot of questions surrounding his commitment and whether or not he would be ready or even would propose at the end of the season. As it turns out, according to Reality Steve, Rachel decided not to wait around and find out and instead chooses 37-year-old Bryan Abasolo.

Unlike in many other Bachelor and Bachelorette seasons, for those wondering if the pair are still together, there isn’t much to wonder about because Rachel Lindsay has been gushing about her fiance, and upcoming wedding since the beginning of the season, just now we know that it is Bryan she is talking about!

Most recently, she confirmed they are not only happily engaged, but looking to have their wedding “sooner rather than later.” 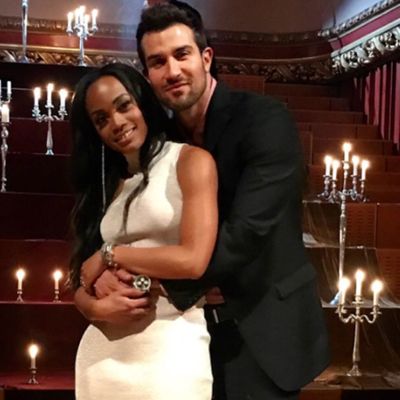