Ashlee Simpson And Evan Ross Are Having A Girl

Ashlee Simpson, 30, and Evan Ross are getting ready to welcome a baby girl into their lives!

While some couples want to be surprised by the sex of their child, Ashlee Simpson said she couldn’t wait to find out and was happy to share the news.

“We’re having a girl!,” she said excitedly to People magazine. “I like to know — I want to do the nursery,” she explained.

Simpson and Ross first confirmed they were expecting back in December and found out the happy news over the Thanksgiving holidays shortly after Ross had stated he would “love” to have “as many [kids] as possible.”

Of course Simpson and Ross will have lots of help from Simpson’s son Bronx Mowgli, 6, whom she had with ex-husband Pete Wentz.

“I told him [Bronx] pretty early on,” she said of revealing the big news to her son. “And he wanted to have a sister, so he’s really excited! He’s got a little brother. Now he’s going to have a little sister!,” she said referencing Wentz’s 5 month old son, Saint Laszlo, with girlfriend Meagan Camper.

Wentz recently explained the divorce between him and Simpson in a candid interview with Howard Stern, stating he was having an identity crisis after Fall Out Boy went on hiatus, however, he and Simpson are both happy co-parenting Bronx and ecstatic about their new families.

Also Check Out: 8 Celebrities Who Are Serial Monogamists 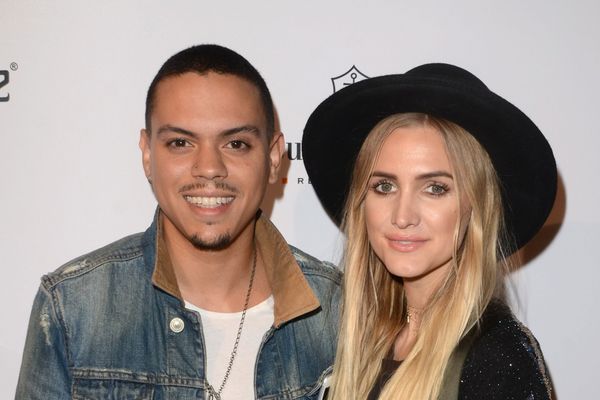