Conflicting information has been surrounding the late Whitney Houston’s daughter Bobbi Kristina, who was found unresponsive in a bathtub in her home 11 days ago.

Although reports surfaced that her family had planned to take her off life support today, on the 3-year anniversary of her mother’s death, Bobbi Kristina’s aunt, Leolah Brown, says that these reports are untrue.

In an interview with ABC News, Leolah (the sister of Bobby Brown) confirmed that Bobbi Kristina was still on life support. However, Leolah said, “She’s opening her eyes. Krissi is doing well right now. She is.”

“It’s been very, very painful for everybody. Mainly Bobby, because that’s his baby,” she continued, but says that she’s “hopeful” about Krissi’s recovery.

“There are so many signs showing us that she will be OK. Krissi is fine.”

Leolah also cast suspicion on Nick Gordon, the man Bobbi Kristina grew up with and some have said is her husband. “I never saw Nick,” she said, adding that they are “not married.”

Leolah even hopes that Nick will be charged in a criminal investigation surrounding the 911 call that led Bobbi Kristina to the hospital. “Oh yes, 110 percent,” Leolah said. “I hope that he will be charged…soon.”

Bobbi Kristina is being treated at Emory University hospital. 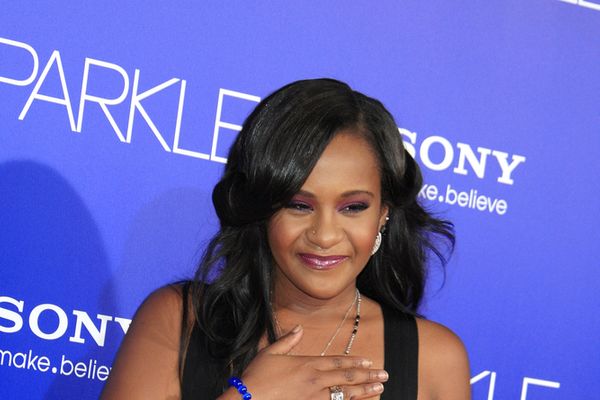