After a couple of months, a lot of dates and quite a bit of drama, season 13 of The Bachelorette is wrapping up tonight! Rachel Lindsay hasn’t exactly had the easiest time on her search for love, between comments about her being the first black Bachelorette lead, and concerns about her contestants, she has to make every choice very carefully.

Now, her final rose ceremony has left her with two very promising men: Peter Kraus and Bryan Abasolo, and by now fans are pretty divided on who they think she will pick. For quite some time Peter has been a frontrunner, but Bryan and Rachel’s relationship has been going stronger and stronger and questions about his true intentions has made many skeptical.

With such a hard choice ahead, Reality Steve has all of the spoilers right down to her final pick, so keep reading for the biggest spoiler of this season!

One of the biggest tests of the season is of course meeting the parents and it seemed that out of the three who met Rachel’s family, it was Bryan who was least impressive despite his confidence going in. While her mom made it clear she preferred Peter, she also gave Bryan her blessing because she trusts her daughter, but he didn’t exactly instill confidence in viewers.

With all this groundwork laid, it might be surprising to some that Rachel does in fact choose Bryan, and the pair seem really happy! 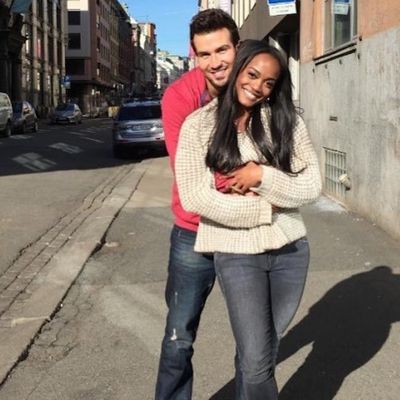