Bachelorette Spoilers 2017: Find Out Who Rachel Is Engaged To!

Another Monday means another episode of The Bachelorette, and while it may seem like the finale is still a long way off, there are only four more episodes before we find out who Rachel ends up with…but you don’t have to wait that long.

With the hometown dates tonight, Rachel will have her final three and so far Bachelorette’s resident spoiler king Reality Steve has been completely accurate in his elimination spoilers. So for those who can’t wait until August to find out who Rachel ends up with, keeping reading for finale spoilers.

Bachelorette Spoilers 2017: Find Out Who Rachel Is Engaged To!

Tonight fans will see the ever popular hometown dates with her four finalists: Dean Unglert, Eric Bigger, Peter Kraus, and Bryan Abasolo, and as always fans will be looking for signs as to who Rachel is falling more in love with. After the dates, Rachel has to make a difficult decision, but eventually eliminates Dean, leaving Eric, Peter and Bryan as her final three, and the lucky ones who get overnight dates in Spain.

Following the Fantasy Suite dates, according to Reality Steve, she then eliminates Eric Bigger, meaning the final rose ceremony comes down to Peter and Bryan, and in the end Rachel chooses Bryan!

Of course, there is no need to question if the two are engaged because Rachel has not only been gushing about being happily engaged, but also talked about wedding planning and the fact she wants to get married “sooner rather than later.” 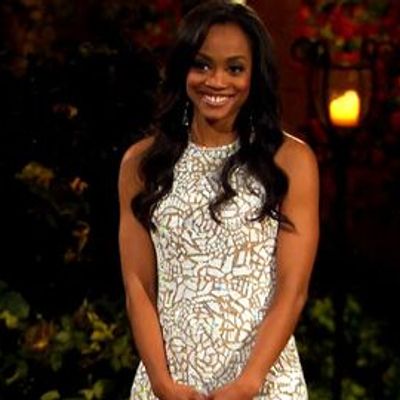