Bella Hadid had quite the fright this past Thursday during New York fashion week. The supermodel allegedly called the police after feeling threatened by a 37-year old man loitering and seemingly stalking her outside her New York apartment.

The man was seen standing close to her apartment building and the 21-year old supermodel called the New York police to voice her concerns and report him. According to Hadid, the man posed a serious threat to her and had been stalking and harassing her between December 17, 2017, and Feb. 7, 2018. The man has been identified as Ryan S. Perez and was officially arrested after being accused of leaving Hadid “numerous unwanted threatening messages” on social media. His official charge was aggravated harassment and stalking. According to PEOPLE, the investigation is still ongoing and it’s unclear whether Perez is still in custody for the incident.

The world-renowned supermodel has been busier than ever this past week during New York Fashion Week and also just landed her first dual cover alongside sister Gigi for the March issue of British Vogue. Although the model was clearly startled by the incident, she didn’t let it stop her from enjoying her evening and making the most of fashion week. She was later spotted out on the town to celebrate her friend Samuel Krost’s birthday, which she openly shared on social media. She was joined by sister Gigi at the birthday dinner who had just closed designer Jeremy Scott’s show at New York Fashion Week. 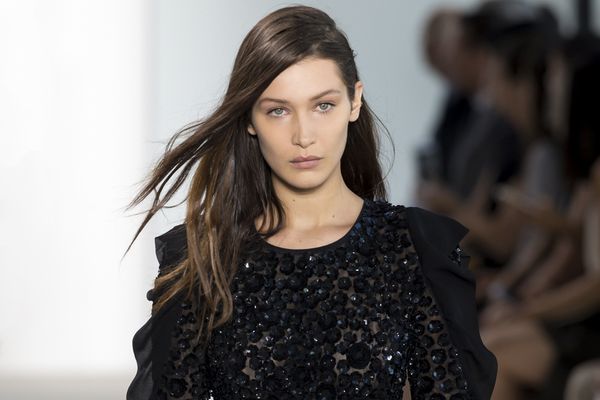