What would The Big Bang Theory be without Leonard Nimoy?

OK, nerds. Yes. You’re right. It would still be an incredibly popular show, and would still garner all of those prime time Emmy Awards, and we would all still love it… but it would be missing something. Something very special. We can agree on that.

Sheldon Cooper (Jim Parsons) has a very special tie to the late Leonard Nimoy within the ever-changing, yet somewhat consistent Big Bang Theory sitcom world. There have been several nods to the character of Spock, and the world of Star Trek, but there have been more specific nods to the actor, and SciFi legend, Leonard Nimoy. Remember when Sheldon received the gift of a napkin that Leonard Nimoy once used?

Sheldon went on to make delightfully outlandish claims about possessing Leonard Nimoy’s DNA–that he could create his own child/clone of Leonard Nimoy if he had a healthy ovum. Yep. That’s comedy.

Following the show’s most recent episode, the producers honored Leonard Nimoy with a thanks via vanity card before the fade to black. The beauty of Leonard Nimoy’s passing–regardless of tragically losing an icon in the entertainment industry–his legacy lives on. There are even more jokes available now that the life of Leonard Nimoy will transition to lore and legend.

It was nice to see the writers and producers honor Leonard Nimoy with the card ending the episode. No doubt, for some of those individuals, Nimoy and the crew of the Starship Enterprise inspired them to pursue careers in the entertainment industry in the first place. 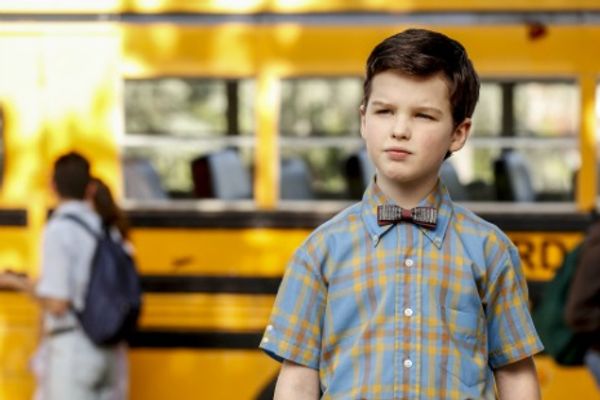 Young Sheldon: Everything We Know So Far