Brian Austin Green has opened up about his relationship with Dancing with the Stars pro, Sharna Burgess.

Green dished that his relationship with Burgess is unlike any relationship he’s had before and that quarantine made their bond that much stronger. The two have been dating for 10 months following Green’s divorce from his ex-wife Megan Fox this past year.

“We met at a coffee shop, then had a few dates and then we were locked in a house together,” Burgess shared with PEOPLE. “I was grateful for that because it allowed us to really take our time and it was really awesome.”

“I wasn’t sure what that meant until the first time we kissed and then it was the attraction and a whole bunch more. It was really cool. And we really have the same moral compass.”

The two also share a passion for helping others and supporting good causes. The pair recently teamed up together to support the #Search4Smiles campaign in which searches on Trueheart.com will benefit the non-profit Smile Train, which provides cleft palate surgeries and essential services for children worldwide.

“We are trying to change as many lives as possible,” says Green of the work they’re doing on the campaign. “This is one of those issues that we could have a solution to in our lifetime.”

To contribute to the cause and have your searches donate to Smile Train, visit Trueheart.com. 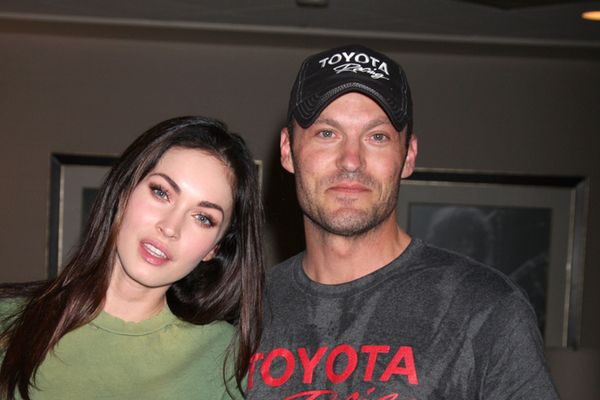