After Julie Chen’s emotional exit from The Talk, it took some time but in early December it was revealed that Dancing With the Stars judge Carrie Ann Inaba would officially be replacing Chen.

Now, Inaba is preparing for her new gig and has the complete support of Chen. “Julie has been nothing but supportive,” Inaba revealed to PEOPLE. “When she learned that I got the job, she sent me the most beautiful floral arrangement. She’s like, ‘I’m always in your corner.’ Woman to woman, that’s amazing.”

Chen’s exit came in September with an emotional video, days after her husband, former CBS CEO Les Moonves resigned after multiple allegations of sexual assault from multiple woman against him were revealed.

“I was blown away by that video,” Inaba shared of Chen’s exit. “That doesn’t happen often in this business when someone is so gracious in such a challenging time for herself. I have nothing but love for her and I feel so lucky we were able to form this friendship.”

“I feel very fortunate to sit at the table with five brilliant women,” she says of co-hosts Sheryl Underwood, Eve, Sara Gilbert and Sharon Osbourne. “They’re dynamic, they’re different and I love every one of them.”

Inaba is expected to make her full-time debut on The Talk in April, and is expected to continue on as a judge on Dancing With the Stars which will not be airing a season in the spring this year. 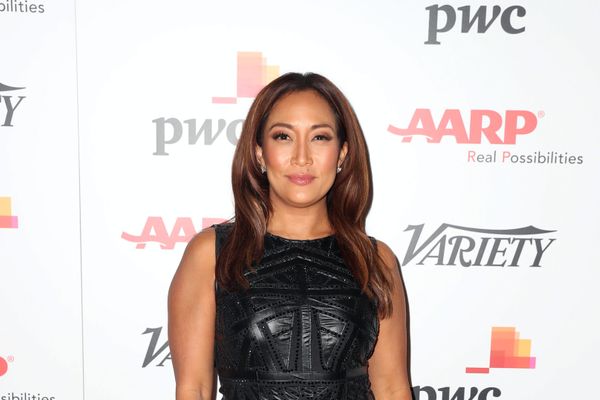