Charlie Hunnam is always cordial, polite and welcoming to his fans, but enough is enough when it comes to a particular group. The Sons of Anarchy star has had to request that fans stop attacking his longtime girlfriend, jewelry designer Morgana McNelis.

Since he is not big on social media himself, Hunnam has had a good friend, Tina Lou, run his Facebook page and asked her to post a message stating, “It has been brought to my attention that there is a group of immature girls posting a large number of hard messages aimed at my long time girlfriend. I would respectfully ask you to stop doing this. She is an intelligent, beautiful, kind person who just tried to live a simple life and has nothing to do with the entertainment industry. If you want to talk s–t, talk s–t about me, leave her out of it.”

The message went on to state that, “What is most confusing is that these negative and totally unprovoked attacks appear to be coming from the people who call themselves my fans,” wrote Hunnam. “Think about the logic of this for a moment. This is a girl I love very much and have spent the last eleven years of my life with and hope to spend the next sixty years. She has been my loyal and supportive partner long before I had any success or money. Why would you attack her out of admiration for me? It makes no sense.”

After posting a message, things got worse as people began attacking Tina Lou, stating she was making things up and didn’t even know Hunnam. In response the 35-year-old actor recorded and sent his own video confirming he does know her and did write the message asking “fans” to stop bullying his girlfriend. “Tina has been a friend of mine and a supporter for, oh my goodness, almost 20 years now. Thank you, Tina. So if I ask her to post a message for me, you can rest assured that it actually comes from me.” He went on to address the fact that the harassment was exactly what he was trying to stop, “The fact that you are getting harassed for doing that is sort of the direct opposite of the message I was trying to convey.” 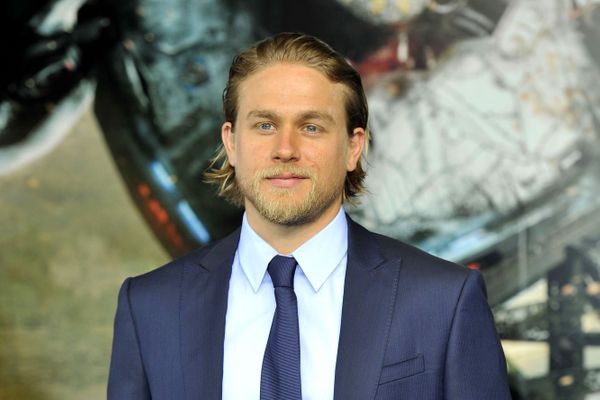