Following their engagement in early May, Dancing With the Stars pro Cheryl Burke has revealed that the engagement ring she received from Matthew Lawrence has an emotional and sentimental meaning behind it.

Last week, the 34-year-old took to her Instagram to share the story behind her ring, writing, “While, obviously, I absolutely love the look of my engagement ring (come on who doesn’t love a little bling), the story behind it makes it even more special.”

She explained that the Boy Meets World alum incorporated something special into her ring, “Matt worked with my mom to get the original diamond that my late father had given her, and designed a new ring around that. It has two intertwined circles to represent our two lives coming together and has the words he used to propose, ‘Love you always & forever,’ engraved inside.”

“It couldn’t be more perfect. Swipe to see a throwback of what the original ring looked like! #tbt,” she concluded.

Following their engagement after Burke’s 34th birthday celebrations, the dancer’s rep also opened up about the meaning of the ring. “It’s the same diamond that Cheryl’s late father, Steve Burke, gave to her mother,” Burke’s rep explained to PEOPLE at the time. “Matthew, with the help of his mother Donna, Cheryl’s mother Sherri and XIV Karats had the stone reset and added more diamonds to create the ring he proposed to Cheryl with.”

Burke and Lawrence previously dated back in 2007 but were split up for nearly a decade before they reunited in 2017. 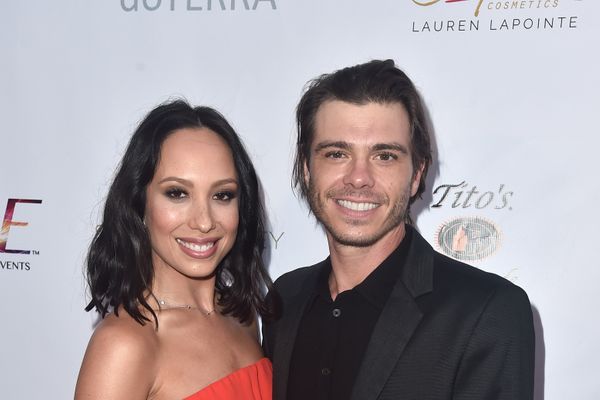