After being a part of one of the most dramatic The Bachelor finales of all-time, everyone is hoping that Becca Kufrin really can find love with her turn as the Bachelorette.

With season 14 starting soon, Bachelor nation host Chris Harrison is opening up about Becca’s season and what to expect from her and her suitors.

“Becca’s doing great, Becca’s awesome. I can’t wait for everybody to see how much we all love her. She’s turned out to be even more than what we thought, in a Bachelorette,” Harrison told Us Weekly. “I think everybody is going to relate to her – men, women, they’re going to really relate and fall in love with her, as the guys are.”

He also said that Kufrin is unlike any Bachelorette they’ve had so far, “[she’s] grateful, sweet, honest and open” he explained, adding that she even apologizes to the crew when she is tired, which no lead has done before.

“The crew loves her, the producers love her … it’s been a while since we’ve had somebody like that where everybody is just excited to be with her every day because she just makes it easy,” he continued. “When one of our Bachelor or Bachelorettes are excited and they make it easy for all of us to go to work every day and travel the world. It’s just fun.”

When it comes to whether or not Becca does find love on the season, Harrison hinted like her former fiance Arie Luyendyk Jr. she might fall in love with two people! “I will say this: I think she definitely sympathizes with Arie [Luyendyk Jr.] more than she did about two months ago,” he shared. “Once you get in their shoes you really start to understand.” Additionally while they are some great matches for her on the show, Harrison did say, “of course there are people there for the wrong reason.” 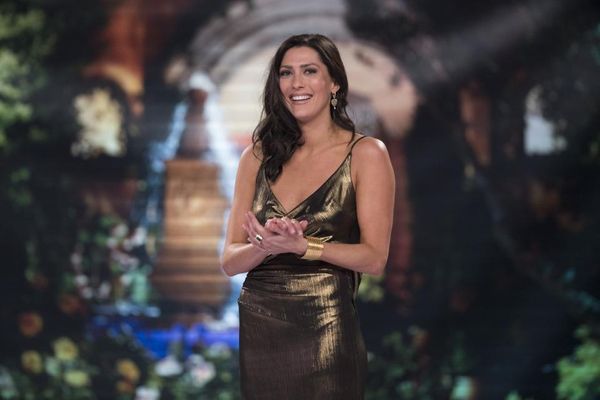 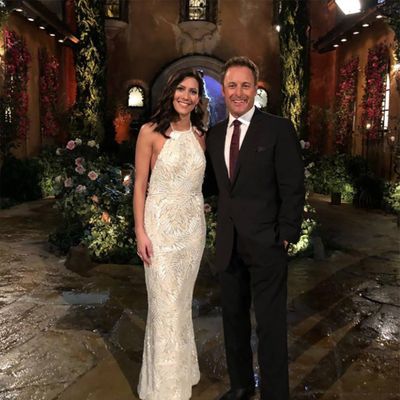