The hosts of E!’s Fashion Police are known for being tough critics — but now they’re the ones being criticized.

Judging the fashion at the Oscars, host George Kotsiopoulos ruffled some feathers when he said that Elsa Pataky’s baby bump looked like a “beer belly.” Since George is usually one of the tamer hosts, viewers were surprised that he’d go there.

Although he admitted he didn’t want to be criticizing a pregnant woman, George didn’t like the way Elsa, the wife of actor Chris Hemsworth, showcased her growing belly in a tight beaded gown. Check out the video to see his controversial comments.

Joan Rivers jumped on the negativity train, joking that Elsa’s sonogram included all the people from Ellen’s famous selfie. (To be clear, Elsa is expecting twins.)

Giuliana Rancic was a bit more diplomatic, focusing her criticism on Elsa’s gown. “It’s a beautiful baby bump, but beautiful in a different dress,” she said. “I have to say, pregnant or not, I just don’t like this dress.”

Elsa certained opted to feature the baby bump rather than hide it under lots of fabric, the way pregnant actress Kerry Washington did with her shapeless mauve gown. Olivia Wilde was somewhere in between, wearing a black shift dress that skimmed her bump without fabric gathering beneath it.

What do you think of Elsa’s dress? Were the Fashion Police hosts too harsh? 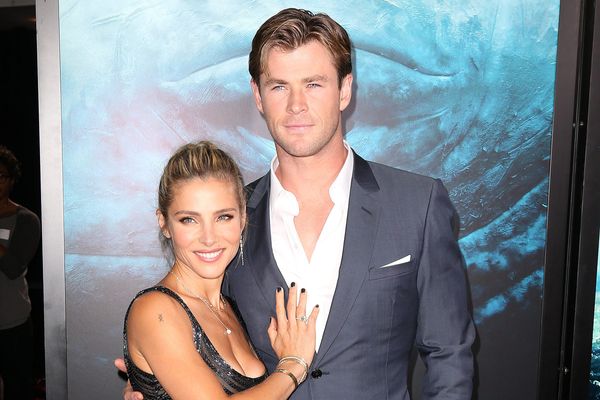