Dancing With The Stars 2015 Cast Announced

Going into its 20th season, the hit reality competition show Dancing With the Stars, may have seen the most changes and some drama with a couple of veteran pros, Cherly Burke and Karina Smirnoff announcing they would not be returning the show.

As well, pro and five-time champion Derek Hough also said he would be absent but only for one season while he stars in New York Spring Spectacular at Radio City Music Hall only to make his own big announcement that he was able to make both schedules work and will be dancing!

Regardless the show must go on and with all the pros replaced, the “stars” who will be dancing with them were recently announced on Tuesday February 24 on Good Morning America.

Television icon Suzanne Somers will be dancing as will music legend Patti LaBelle and the first openly gay football player to be drafted to the NFL, Michael Sam, will also be competing.

There is one more surprise celebrity who will be announced before the season’s March 16 and will be dancing with reigning pro champion Whitney Carson who won season 19 with Alfonso Ribeiro.

Ribeiro also appeared on the Good Morning America announcment to share his advice for the incoming stars, “I would say to everbody is that simply it is a marathon, not a sprint. It’s not about winning week one, it’s anout winning the final week. You have to pace yourself. 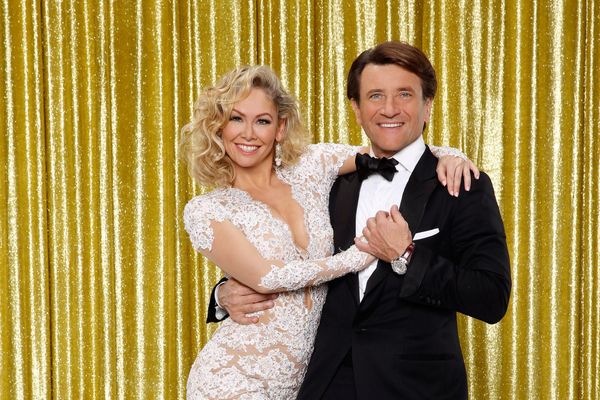