Dancing With The Stars 2015 Elimination Shocker: Who Went Home?

It was a tense night in the Dancing With the Stars ballroom, as five time champ Derek Hough was sidelined by a previous injury to both of his feet while his partner Nastia Liukin danced with her stand-in partner Sasha Farber.

Luckily for Hough, Farber really stepped up however and the two got the highest score on the night which also meant they were safe from elimination.

As the six remaining couples danced it out for extra points, the results were very surprising as consistent leaders Willow Shields and Mark Ballas and Rumer Willis and Val Chmerkovsky landed in the bottom two and to the absolute shock of everyone Willow Shields and Mark Ballas were sent home even though they came in second winning their dance-off against Riker Lynch and Allison Holker.

“You know, it is what it is. I just want to, first of all, say a big thank you to Willow for being the most incredible partner,” Ballas stated. “She’s only 14, guys. She’s out there dancing, keeping up with everybody. Thank you again for everything. It’s been a hell of a ride. I couldn’t be more proud.”

Meanwhile, Shields seemed absolutely devastated prompting host Tom Bergeron to jump in stating, “Could I not be a TV host for one minute? Could I just be a dad?” as he gave her a hug.

Many are not happy with Shields’ exit from the show especially as consistent disappointments Cris Soules and Robert Herjavec keep on coming back. 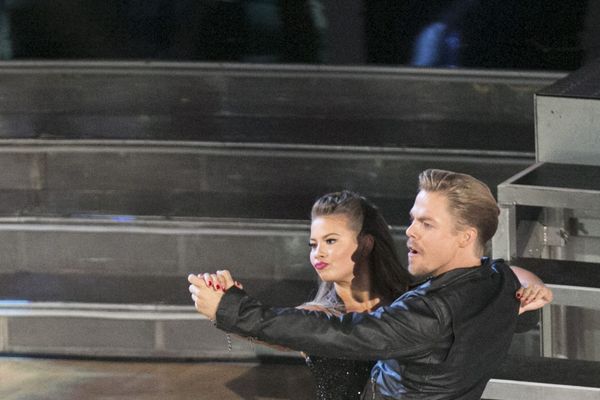