It’s the end of the run on Dancing with the Stars for Cheryl Burke and her partner Backstreet Boys alum AJ McLean!

After nine weeks in the competition, McLean and Burke were sent home during Icons Night on Monday. The decision on who went home came down to the judges’ votes. While Derek Hough chose to save McLean from elimination, he was outnumbered by Bruno Tonioli and Carrie Ann Inaba, who both opted to save Johnny Weir and Britt Stewart.

A few moments after the show had finished, McLean opened up to ET about how he was feeling leaving the competition ahead of the Semi-Finals next week. “I don’t think it’s really hit me yet, to be honest, but tomorrow it’ll be an emotional hangover for sure,” AJ shared.

The singer also thanked his pro partner Cheryl Burke, adding, “It’s been an absolutely gracious journey, and I’m grateful for every experience that I’ve endured with this amazing woman.”

On Monday’s episode, AJ and Cheryl performed a Viennese Waltz to Queen’s “Somebody to Love.” AJ made an early mistake that the judges all commented on, but the pair ended up recovering nicely. They finished with a score of 23/30.

“This was the first time we’ve messed up in a dance since the beginning, at all, but in my honest opinion I think the way we handled it was like a couple of pros,” AJ said.

Cheryl jumped in and added that she felt frustrated and disappointed by their score and felt the rules behind how the dances are judged seem unclear. “There’s rules in ballroom, and as far as I’m concerned this is a ballroom show, I thought,” Cheryl said, adding that she feels the way the couples are scored is “just not consistent.”

“I already had his other two routines choreographed for the Semi-Finals,” Cheryl added. “Normally I’m not that confident going in, but I was like, ‘For sure, there’s no way [we’ll get eliminated].'”

Be sure to tune in to ABC next Monday at 8 p.m. for the Dancing With the Stars’ Semi-Finals. 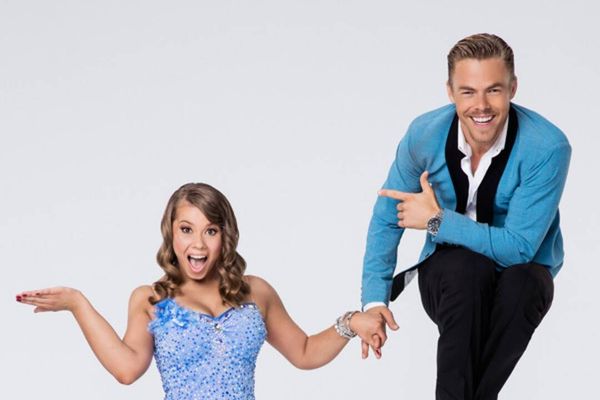 Dancing With The Stars Quiz: Can You Name The DWTS Duo Based On This One Sentence Description?