Dancing With the Stars is really turning into a family affair!

Jenna Johnson and Peta Murgatroyd are not only pros on the hit series but they are also sisters-in-law and Johnson revealed that she hopes to start a family sooner rather than later with husband Val Chmerkovskiy!

“Peta and I have a deal that we’re going to get pregnant together,” Johnson revealed to Us Weekly. While Johnson definitely wants children soon, she also added maybe just a bit more time is needed. “We definitely want babies but just not yet,” Johnson explained. “I love married life and I love every second with him so I really cherish that.”

Johnson’s news about her deal with Murgatroyd comes after Murgatroyd revealed she and husband Maksim Chmerkovskiy are hoping to have their second child before the next Dancing With the Stars season. “We’re talking about it now and trying to — it sounds crazy — schedule it in. The next season will probably be in fall again so, can I fit a baby in before then? Probably can, so we’ll see if it’s doable, yeah,” she revealed.

She also revealed that she is predicting a Dancing With the Stars baby boom in the near future after many of the pros have come to her asking about balancing work and being a mom.  “I think a lot of them are going to do it really soon. They’re all kind of on the verge of, ‘Yes, let’s do it now,’ or, ‘Let’s wait another six months.’”

One of those pros asking for advice is Witney Carson who revealed that while she and her husband of three years don’t have a “timestamp” on having a baby, she does get “baby hungry.”

“She’s been great to coach us through that and give us advice on, like, how she felt while being pregnant and dancing at the same time,” Carson said of going to Peta for advice. “That’s a big issue for us. Can you start a family and still have a career and still dance? She’s been really good to mentor us through what we would do when we eventually have kids. She’s been awesome.” 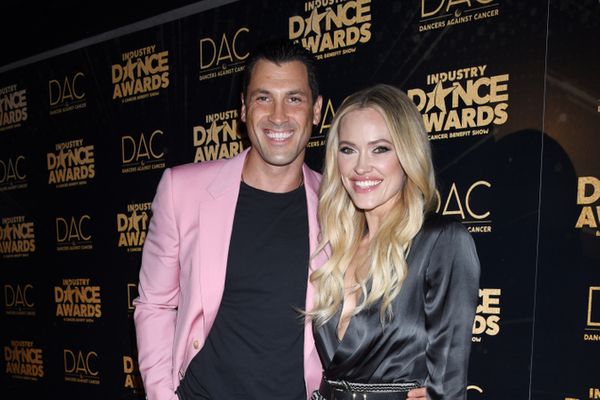 Secrets Behind Dancing With The Stars’ Hottest Hookups