Dancing With The Stars Recap: Maks Chmerkovskiy And Vanessa Lachey Return To Dancefloor

Last night’s episode of Dancing with the Stars was quite nostalgic as contestants performed routines to a song from their most memorable year. A few contestants celebrated the most exciting times of their lives, while others shared some of the most painful. Follow along for a recap of everything that happened on last night’s trip down memory lane:

Lindsey Stirling and partner Mark Ballas performed an emotional Viennese Waltz to pay tribute to her late father who passed in 2016 from cancer. Bruno Tonioli called the routine “gorgeous and magical” and the duo landed a solid 26/30.

Victoria Arlen performed a foxtrot with partner Val Chmerkovskiy that landed them just one point ahead of Stirling and Ballas with a solid 27/30. The dance recounted a transitional decade of her life from being unable to walk to becoming so strong that she was able to compete on a dance competition.

On the other end of the leader board, Nick Lachey seemed to seriously struggle to keep up with the rest of the bunch. His dance was a tribute to the most memorable year of his life when he met his wife and fellow contestant Vanessa. Although the judges called the routine his best yet, the duo still landed near the bottom with a 22/30.

Just above Lachey was Derek Fisher and partner Sharna Burgess who shared an emotional routine inspired by his 10-month old daughter being diagnosed with a rare eye cancer. The judges loved the energy, but admitted the technique was off and rewarded the duo a 23/30.

A solid six couples landed themselves in the middle of the pack with a 24/30. Frankie Muniz and partner Witney Carson performed a quickstep to celebrate the current year. Terrell Owens and Cheryl Burke performed a Viennese Waltz to pay tribute to his late grandmother. Nikki Bella and Artem Chigvintsev performed a contemporary routine to celebrate 2016, the year she returned to the WWE after suffering a neck injury. Sasha Pieterse and Gleb Savchenko celebrated 2016 with a foxtrot to honor the year the star got engaged. Drew Scott and Emma Slater followed the pack with a 24/30 to honor 2007 which was the year he thought of the idea of Property Brothers. Lastly, Vanessa Lachey and Maksim Chmerkovskiy performed a rumba inspired by 2017, the year she gave birth to her third child.

One of the frontrunners of the evening was Jordan Fisher and partner Lindsay Arnold who celebrated the year 2005 to pay tribute to the year he was officially adopted by his grandparents. The emotional performance landed the group a 29/30 and the judges called the dance “flawless” and a “work of art.”

By the end of the evening, two couples were left in jeopardy: Nick and Peta and Derek and Sharna. Ultimately it was Derek and Sharna that were sent home, but he admitted the experience helped him grow significantly and Sharna confessed she was “incredibly proud.”

Dancing with the Stars airs Mondays at 8 pm on ABC. 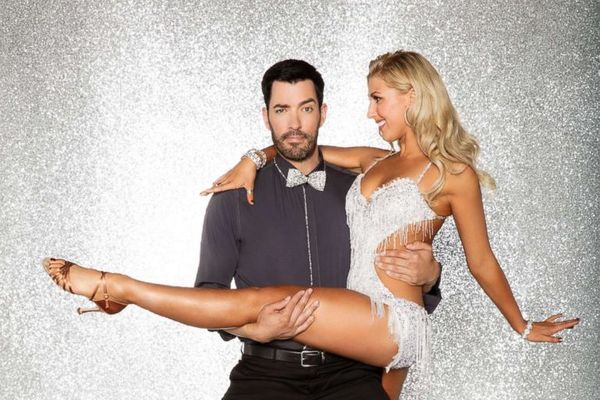