Just like that season 27 of Dancing With the Stars has come to an end in probably the most surprising finale ever.

Alexis Ren and Alan Bersten, Milo Manheim and Witney Carson, Bobby Bones and Sharna Burgess, and Evanna Lynch and Keo Motsepe all came out for two last dances in one last effort to win the Mirrorball Trophy, and in the end everyone was shocked.

For their repeat dance which was an enhanced version of their best dance, Alexis and Alan performed their Argentine Tango to “Swan Lake.”While the judges enjoyed the dance, there were still a few missteps and the pair were given a score of 27 out of 30. Everyone’s second dance was a Freestyle and Alexis and Alan danced to “Head Above Water” which was performed live by Avril Lavigne and began the round of perfect 30’s for the Freestyle round. They ended with a score of 57 out of 60.

Bobby Bones and Sharna Burgess were eager to repeat their “U Can’t Touch This” Cha Cha which was definitely unique but the judges still enjoyed it. Of course, it wasn’t very much Cha Cha and they earned a 24 out of 30. For their Freestyle, Bobby and Sharna danced to “The Greatest Show” because of Bobby’s showmanship, and while it wasn’t the most polished, the judges were going to give everyone a perfect score so they too got a 30. They ended with a score of 54 out of 30.

For their repeat dance, Evanna Lynch and Keo Motsepe chose their Tango to “Disturbia” by Rihanna. Following their dance, Lynch’s Harry Potter co-star Emma Watson sent in a video congratulating Lynch on all of her hard work and making it to the finals. The dance wowed everyone and earned a perfect score of 30. Evanna and Keo danced their Freestyle to “It’s Oh so Quiet” by Bjork which shone all the spotlight on Evanna, and of course also earned a perfect 30 meaning they went out with a perfect score of 60 on the night.

Lastly Milo Manheim and Witney opted to dance their Charleston to “Living in New York City” which was performed live by Robin Thicke. Carrie Ann once again called Milo the “one to beat” and they also earned a perfect 30. Milo and Witney danced their Freestyle to “Ain’t No Sunshine” and it was so creative and expressive that Carrie Ann’s jaw literally dropped. They too earned a 30 and also had a perfect score of 60 on the night.

The two hour finale flew by, but in the end there could only be one winner: BOBBY BONES AND SHARNA BURGESS! Everyone seemed shocked by the announcement, including Sharna herself, and proved that Bobby really was the People’s Champion. Although they didn’t reveal the rest of the results, it was later confirmed that Milo and Witney placed second, Evanna and Keo were third, and Alexis and Alan were fourth.

Naturally, many fans are angry about the results, but in the end it came down to fan voting and Bobby had the support. 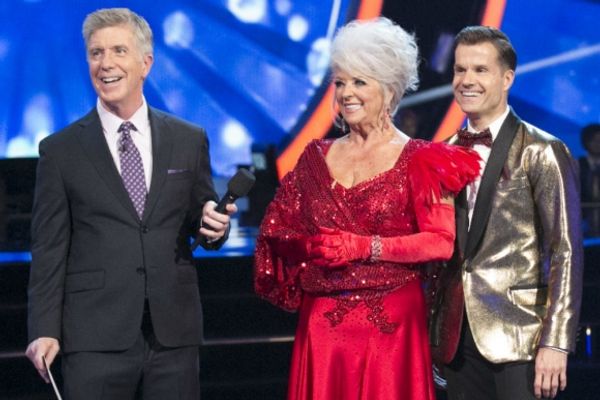