Val Chmerkovskiy spoke openly about his relationship with girlfriend and Dancing With The Stars costar Jenna Johnson.

Val’s older brother, Maksim Chmerkovskiy, dated costar Peta Murgatroyd and the two recently married and gave birth to a son back in January. When asked if Val hopes to follow in his older brother’s footsteps with Johnson, he revealed, “Yeah, is that what it’s called, the wedding bug? Or have I gained a different perspective on, you know, what love is and what happiness is? You know, I’m in a great place and I’m in love,” the dancer told The Insider. “I’m very grateful for that.”

Chmerkovskiy and Johnson ended their roller coaster relationship in 2016 after months of being on and off. The duo then sparked rumors of a reconciliation this past June when they were spotted enjoying a vacation together in Europe. Now, the two are very much together and definitely in love with Val featuring Jenna in many of his social media posts, recently sharing a photo of the two together at the Industry Dance Awards with the caption, “but the real prize tho.”

Before rekindling his romance with Johnson, Val dated Amber Rose, but they split after only five months of dating. “We decided to end our relationship a week ago, and did so with humility and understanding. She’s an amazing woman and I feel very lucky to have gotten to know and love. An amazing mother, an awesome friend, a loving human period,” Val wrote on Instagram of his relationship with Rose. “Reserved, poised and loyal. To stress that to the more common folk ‘she loyal af.’” 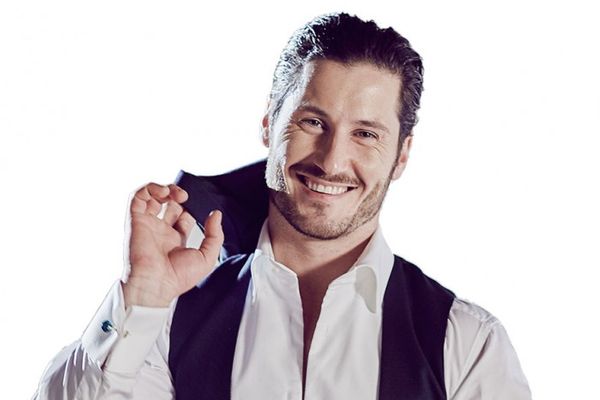