Dax Shepard, 40, and wife Kristen Bell welcomed their second daughter, Delta Bell on December 19, 2014 and the proud father was more than willing to discuss the conditions of her arrival while on The Ellen DeGeneres Show on Thursday January 15.

The funny man recounted the birth of his second child telling Ellen that he thinks “dads need something,” referring to medication to help them get through the birth as well.

“I deserve something because I was along for the ride,” he explained. “It’s still a car crash and I’m in the passenger seat. I’m playing Katy Perry and I’m breathing and I’m rubbing her back and I have fatigue and I think, ‘I need something for this, help me.'”

He then continued that he didn’t know how bad it would be, especially with a c-section which they were unprepared for. “I had been warned by a lot of different gentlemen, and even my own mother, that said, ‘You might not want to watch the baby come out. [It’s] maybe not the greatest idea.’ What they did not warn me about was the c-section which was way worse.”

“So there’s a sheet and then they go, ‘The baby’s here!’ Then you peek around the sheet and they’re lifting out the baby, but then you notice your wife is completely disassembled. I can see inside of her!,” Shepard stated of the experience. He then proceeded to joke, “After seeing this autopsy, I would rather see a school bus drive out of her vagina. It isn’t any worse than seeing your partner flowing over. Guys, I need medication if this happens again.”

So while Dax and Kristen ended up with a healthy, happy younger sister for their first daughter Lincoln, Ellen wondered how the name Delta came about.

“It was a joke because our daughter’s name is Lincoln, which is very masculine. A friend of mine teasingly texted me, ‘Oh great, what’s this one gonna be? Navy SEAL? Delta Force? Green Beret?,” he explained admitting he read it out loud and instantly said “Delta! Delta Bell Shepard! That’s it!” 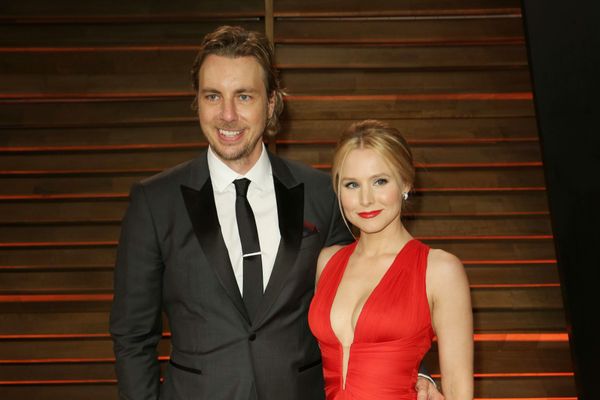