According to E! News, Demi Lovato is “grateful to be alive” following her overdose and is set to re-enter a rehab center.

News of the overdose came after Lovato spent a night out partying with friends on Tuesday. She was found unconscious in her Los Angeles home where she was given Narcan, an emergency medication that can reverse an overdose, and was transported to the hospital. Demi’s publicist later released a statement explaining the following, “Demi is awake and with her family who wants to express thanks to everyone for the love, prayers, and support.”

Demi was spotted by eyewitnesses partying with a group of friends at Saddle Ranch bar and restaurant in Los Angeles on Tuesday night. According to a source, Lovato was “taking shots with her friends,” and she “wasn’t like super sloppy or wasted, definitely was drinking though. Her friends were cheering her on when she took a shot.”

Another source explained to E! News, “She had been partying for 12 straight hours and it caught up with her. This was going on for a few weeks and the warning signs were there. She slipped up and thought she could handle it. This is obviously a huge wake-up call. Demi doesn’t want to die and she’s very grateful to be alive.”

As for the steps of action Demi will take moving forward, the source explained, “She will be leaving the hospital and heading straight to rehab. Her family has been by her side supporting her and is getting her the help she needs.” 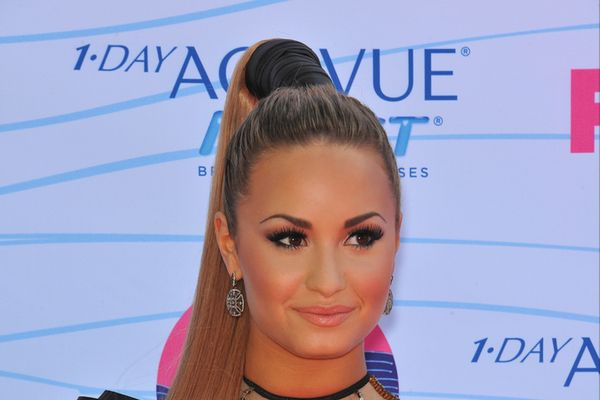