Desperate Housewives alum Teri Hatcher and James Denton will be reuniting for a Hallmark Christmas film!

The network announced on Wednesday that a new movie from the channel will feature a mini-reunion for the Desperate Housewives alum. The film is titled A Kiss Before Christmas and will headline Teri Hatcher and James Denton and premiere later this season.

Hallmark revealed that the plot of the film will surrounded Denton’s character Ethan, a real estate development executive and married father with two teenagers. After losing a promotion on Christmas Eve, Ethan decides that nice guys really do finish last and regrets some of his life decisions.

With the help of some Christmas magic, Ethan wakes up the next morning to discover that he’s the CEO of his company, but is no longer with his wife Joyce, played by Hatcher, and doesn’t have two teens.

“Joyce is the key to Ethan being able to reclaim his original life and the family he loves — he must convince her that their happily-ever-after is waiting for them… and he only has until Christmas Day,” the film description concludes.

Aside from his starring role as Ethan, Denton will also be an executive producer on the film. “From the very beginning I wanted the first Hallmark Christmas movie I produced to be unique,” Denton said in a statement. “I had no idea that we’d be lucky enough to get Teri. We’ve always wanted to work together again, and we found the perfect vehicle for what I think is the first Desperate Housewives reunion.”

“And since we’re on Hallmark, I don’t have to worry about getting shot at the end,” he added, jokingly.

“Since that famous scene where he found me in the bushes, I knew James and I would be friends for life,” Hatcher said in a statement. “The chemistry and friendship we had on Desperate Housewives is alive and well all these years later and the loving, warm spirit of the holidays is the perfect backdrop for reuniting. It’s amazing to be back together. It’s just like old times. You won’t want to miss it.” 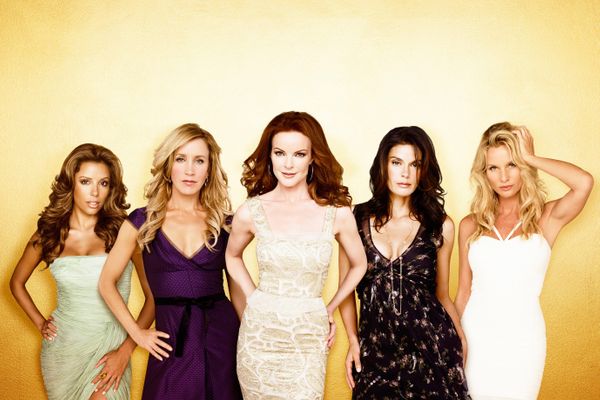